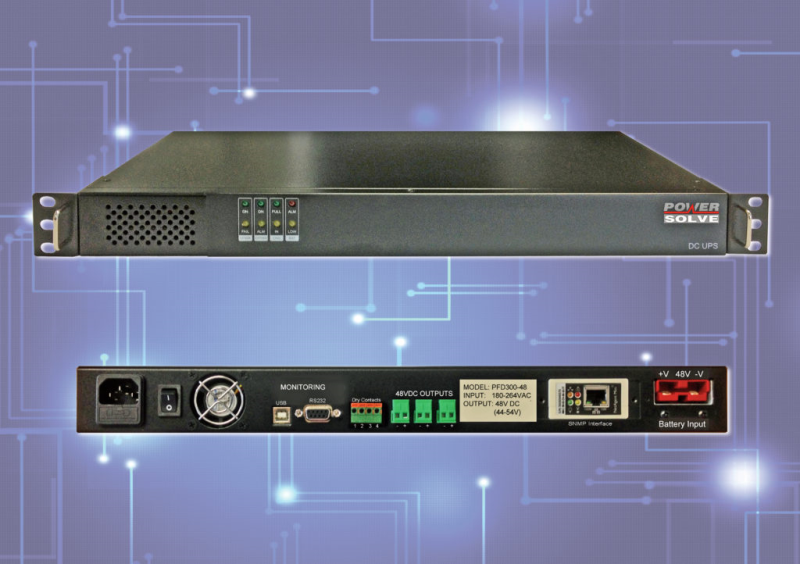 Powersolve has released the PFD Series, a ‘no break’ power system developed to provide constant DC power without interruption. These are 1U, 19in rack mount units designed to provide 12VDC, 24VDC or 48VDC from an input voltage of 180VAC to 264VAC (50/60Hz).

Models in the series provide either 150W or 300W output power and can be used as both a power supply and a charging device. Batteries are external, and capacity depends on output load power required and length of hold up time in the event of a power failure. The batteries can also be hot-swapped.

Every unit includes an intelligent interface which allows the user to monitor the battery condition, input power condition and load status via an LED-based front panel display. Monitoring is delivered via dry contacts, RS232, USB and the optional SNMP Card which can allow computer monitoring even from a mobile phone.

For protection, the unit’s multi-channel outputs use independent fuses. Rapid response short-circuit protection limits the maximum output current which in turn prevents the fuse from blowing.

When’s The Right Time to Invest in a New UPS?