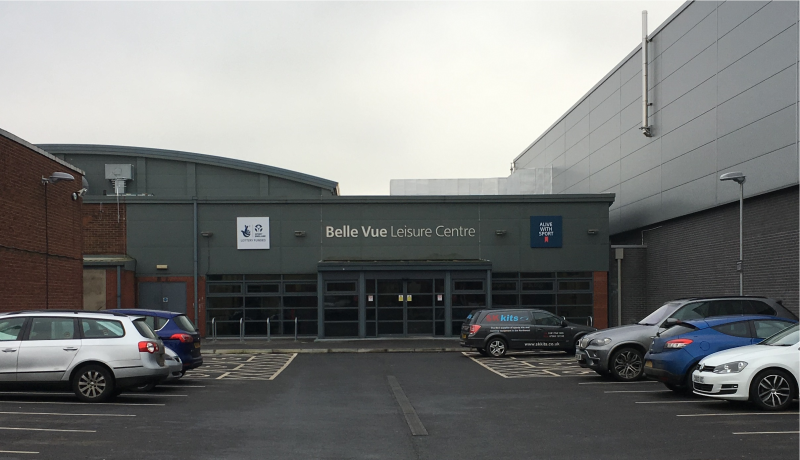 As British speedway team Belle Vue Aces continues to get its season back on track following the threat of closure late last year, it is also providing fans with a more enlightening race day experience after installing a range of standalone lighting controls and a fully addressable lighting control system from CP Electronics.

The club’s future was placed in limbo at the end of the 2015-2016 season following financial difficulties but after being placed into new ownership, the Aces embarked upon an ambitious new stadium build to qualify for the current season, which it has already started brightly. Key to the club operating as a more cost-effective business is the installation of a range of lighting controls from CP Electronics, which will provide greater energy efficiency for the club during race nights.

Shedding light on a multi-million-pound refurbishment 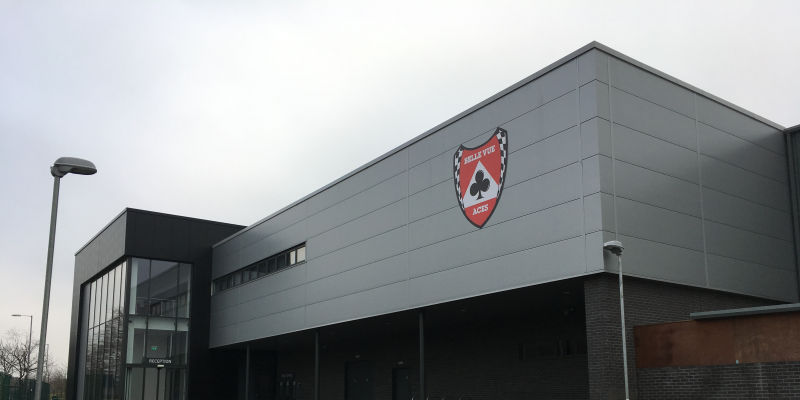 As part of its £8million new stadium build and the creation of a brand-new race track, Belle Vue Aces has also invested in new technologies to deliver greater energy efficiency and monitored usage in its banqueting suite, storeroom facilities, washrooms, amongst other areas. This is in addition to adding energy control functionality to its new National Basketball Performance Centre, located just past the race track in Belle Vue Village.  Not only will these controls help to ensure that lighting is only being switched on when used, but they will also deliver an enhanced environment for spectators visiting the sporting complex.

Nick Booth, Area Sales Manager at CP Electronics, who oversaw the six-month installation of lighting controls, explains: “When Bell Vue Aces embarked upon the development of its new stadium and race track, it identified a great opportunity to go a step further and provide a complete leisure centre for the Manchester community to enjoy. However, developers wanted to ensure that the running costs of this multi-purpose facility were kept as low as possible in order for the club to remain profitable over the next few years. By regulating and monitoring energy usage across the sports village with our range of intelligent energy controls, they can be confident that they are only paying for energy that is being used, and minimising wastage as much as possible.”

Key to this efficient energy usage is the installation of CP’s fully addressable RAPID lighting control system in the stadium’s upstairs rooms, notably its large banqueting suite. The networked solution combines state-of-the-art technology and modular mechanics, with an easy to use graphical interface. It has been installed alongside the company’s EBR-4SC scene plate, which can be easily programmed and customised by the end user, to provide dimmable lighting performance and scene setting, depending on how the suite is being used.

Ameon Building Service Engineering, the primary contractor involved in the build of the leisure complex, also installed a range of CP’s standalone passive infrared (PIR) presence detectors, which are reducing the amount of time lighting is left on unnecessarily, for example if an area is unoccupied, or if there is already sufficient natural light. These PIRs constantly scan the detection zone for body heat and movement, switching lighting on only when this is detected. For areas including washroom facilities, changing rooms, storeroom areas and kiosks, this is typically resulting in up to 60% savings on usual lighting energy costs.

For the lower floors of Belle Vue Aces’ new stadium, CP’s push-button GESM surface-mounted PIR has been installed to deliver easy on/off switching at lux level, together with a time delay function which can easily be set by the end user.

Steve McCourt, Senior Engineering Manager at Ameon Building Service Engineering, explains why CP’s products are so convenient to install for projects on this scale. He says: “A key feature of CP’s range is the fact its products have been designed with both the end user and the contractor in mind. Not only do they deliver proven energy savings, but they are relatively simple to install, with many providing instant plug and play functionality, and simple push button set up.

“This means that for projects such as the Belle Vue sports village, we can quickly and easily install products which we know will deliver the level of functionality and efficiency that the specifier, architect, and end user expect. It also allows us to successfully complete projects in challenging timescales and on this occasion, ensure that the new facility was completed well in advance of the new speedway season commencing in March 2017.”

Nick Booth adds: “Whilst the new stadium and sports village is providing Belle Vue Aces with state-of-the-art facilities, our controls are also providing the wider Manchester community with a modern and sustainable landmark that it can be truly proud of, as this well-known club continues to rise from the ashes.“