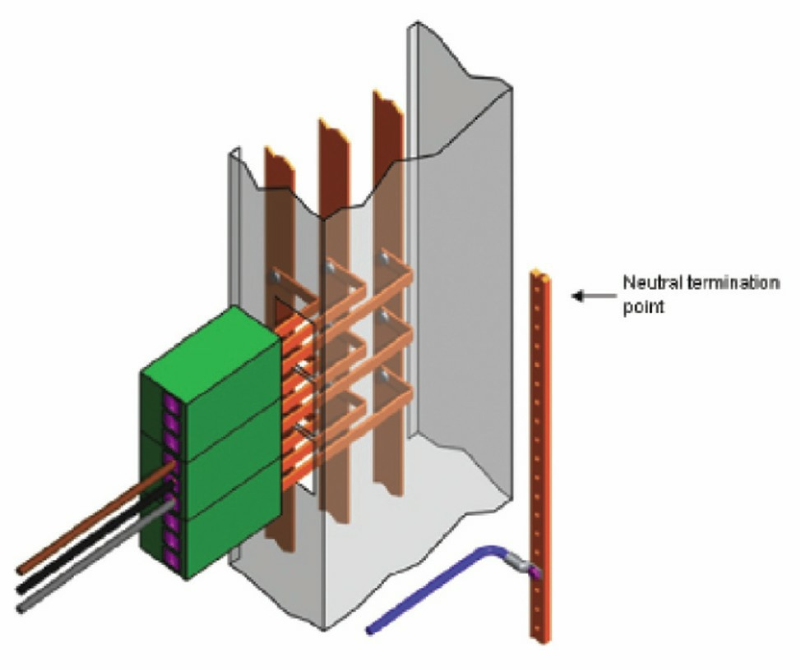 Selecting the form of separation for low voltage distribution boards impacts on safety and cost. Hager’s Steve Dyson claims that often, a panelboard can be adapted to meet higher forms of separation to save cost and installation time.

It is debatable as to what form of separation a specifier needs for low voltage distribution boards. Over specifying the mains distribution board in a ‘better safe than sorry’ approach is tempting but often leads to larger, more complex assemblies and a higher cost.

In practice a panel board will often be sufficient in its standard form, and if it is not then most reputable manufacturers can introduce additional barriers to effectively upgrade the panelboard’s form of separation.

The starting point for switchgear design is the assumption that the equipment must be safe to use for anyone who will have access to it during its lifecycle.

A specifier will conduct a risk analysis to consider both external protection, for example a lockable front door, and internal forms of separation to protect those who are likely to be working on the board in the future. They will also consider how critical it is for other circuits to remain live while isolating the affected area – it is a balancing act between cost and inconvenience.

Forms of internal separation in BS EN 61439-2 are subject to an agreement between the manufacturer and the user. To help clarify this BEAMA has produced a ‘Guide to Forms of Separation’ which has become the accepted industry standard (right).

Within the guide it states, ‘The principal reason for separating an assembly is to facilitate access to a part of the assembly while other parts remain energised and in service. Whilst in general, separation does not improve the electrical performance of the assembly it does provide protection against contact with live parts belonging to the adjacent functional units, and protection against the passage of solid foreign bodies from one unit of assembly to an adjacent unit. Verification of separation is by the application of the appropriate IP test to BS EN 60529 (IPXXB and/or IP2X).’

For the most cost effective solution, you should specify the lowest level of separation that meets the needs of the application.

BS EN 61439-2 identifies four main categories of separation. As a first step users should consider what operations they need to carry out without fully isolating the assembly. After doing so they can then refer to the BEAMA guide to identify the main category of separation that they require.

The BEAMA guide identifies three main ways of achieving separation – insulation of live parts, partitions or barriers (metallic or non-metallic) and the integral housing of a device.

Deciding how to achieve the separation depends on the agreement between the user and the manufacturer. A standard panelboard normally meets Form 2 separation. By adding extra separation through insulation of live parts and/or addition of barriers or partitions, manufacturers can meet Form 3 separation and in some instances even Form 4 separation. 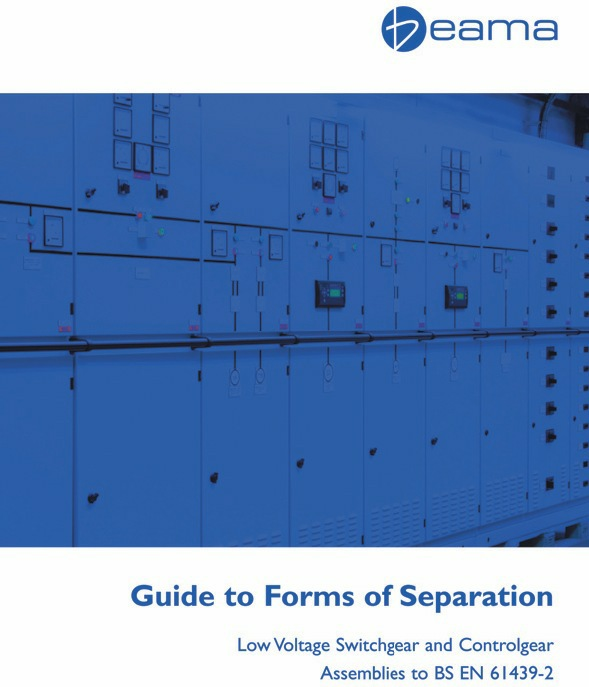 Using Form 3 separation as an illustration, a specifier would select these boards for applications where a skilled person needs to adjust the setting and carry out limited maintenance in functional units, whilst adjacent circuits are still live.

In practice, by fitting terminal kits to outgoing MCCBs, installing fully shrouded incomer kits to IP2X, and fitting a non-metallic rigid barrier to shroud the busbar to IP2X, a panelboard can achieve Form 3 Type 2 separation.

At this point it is worth mentioning the neutral bar. Some specifiers are adopting a more cautious approach than needed for the neutral arrangement.

BS 7671 prescribes that except for a main switch intended for operation by ordinary persons, in a TN-S or TN-C-S system the neutral conductor need not be isolated or switched where it can be regarded as being reliably connected to earth by a suitably low impedance.

In summary it is worth considering what ‘Form of Separation’ is realistically needed by an assembly, as over specification will cost the end customer more and might loose you the job. Equally, to comply with the specification, make sure that you consider all of your options – a modified panelboard will often meet your needs.

Join the debate: it’s time for a dialogue on safety