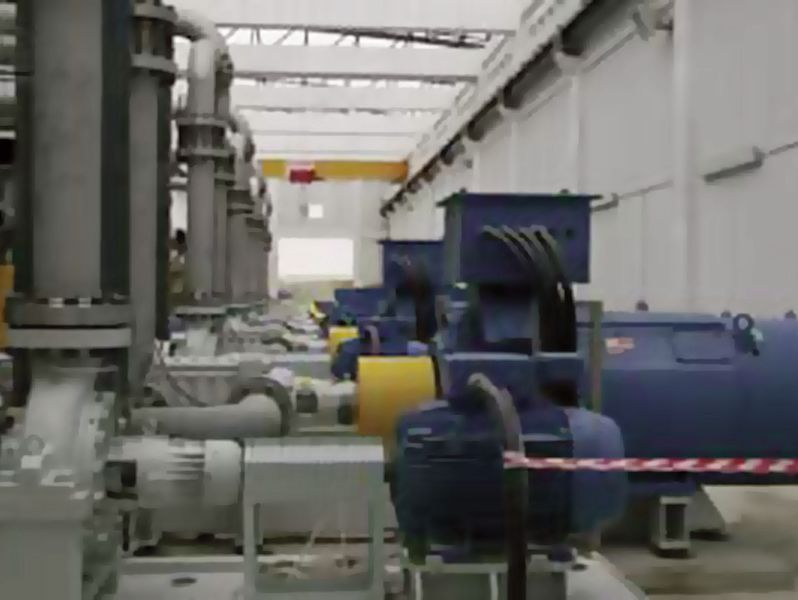 WEG has supplied 62 self monitoring motors for the recently opened Trekkopje sea water desalination plant in Namibia. The plant is the largest of its kind in sub-Saharan Africa and is a vital water supply in a country where 98% of the land is considered arid or semi-arid.

The WEG motors, ranging from 18.5kW to 750kW, drive pumps that are considered crucial to the plant’s reliable operation.

The desalination process entails extracting salt water via pipes that are placed one kilometre out to sea. The sea water is then pumped to the plant where screening and ultra-filtration prepares it for reverse osmosis, a process where a membrane selectively retains the salt, allowing the desalted water to pass through.

The 750kW motors were fitted with soft starters while the remainder of the motors were combined with variable speed drives. All motors were supplied with anti-corrosion coating because of the corrosive nature of the environment. In addition, because the ambient air is very moist due to omnipresent fog, the installation of anti-condensation heaters in every motor was imperative to keep the motors heated and thus eliminate any moisture build-up and ingress.

Councils not on track for smart city delivery