Shining a light on safety 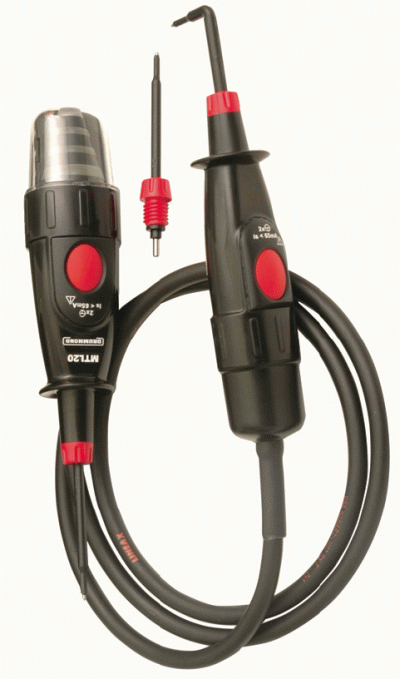 Martindale Electric has introduced its new Drummond MTL10 and MTL20 test lamps which provide a visual indication of voltage between 50V and 500V AC/DC and offer the chance to safely detect and identify any faults in a circuit.

Both lamps feature a finger shield and insulated probe tip with only 4mm of exposed metal on both the lamp housing and the probe for added protection. In addition, a two layer double insulated cable with white inner insulation offers a clear warning of abrasion that might compromise user safety. As an extra precautionary measure, the cable is also heat and oil resistant making it suitable for a variety of applications.

To enable use in most circumstances, a right angle probe tip is supplied in addition to the two straight tips.

Four bands of illumination, with a 360° viewing angle, provide indication of voltages above 50, 100, 200 and 400V even in bright sunlight, allowing identification of potentially lethal voltages at 50V and enabling the user to distinguish between 110V, 230V and phase to phase voltages in a 3-phase system.

In addition to the MTL10, the MTL20 test lamp also incorporates two test buttons, one on the body of the unit and one on the probe. Simultaneous depression of both switches enables the unit to draw a high current, allowing the user to differentiate between phantom voltages and hazardous persistent voltages.

Setting the standard for safety