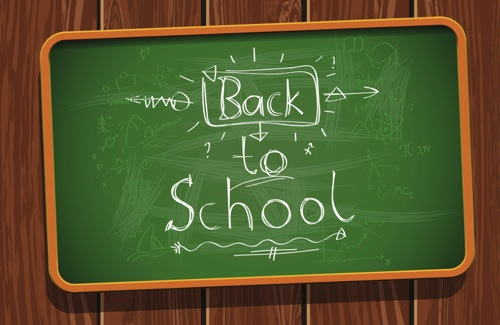 Based in Newbury, The Downs School & Sixth Form is a co-educational comprehensive school that serves the rural community of the Berkshire Downs.

Specialising in science and languages, it prides itself on creating an environment that has a positive impact on the learning, motivation and behaviour of its 1,150 students.

The Downs School recently celebrated its 50th anniversary. Shortly after the festivities its business manager, Lisa Hill, decided that the time was right to upgrade its fire detection infrastructure. She commented, “The School comprises three main buildings, which were built at different times, and this meant that we had three separate fire detection systems of different ages and types in place. In order to have a more coordinated life safety infrastructure we needed a completely new solution that could meet our immediate and future needs.”

Hill approached West Berkshire Education Authority, which in-turn contacted one of its specialist suppliers, Reading-based Westronics. Andrew Mundy, the company’s fire projects sales manager, explained, “Since establishing the business in 1969 we have specified, installed, serviced and maintained an extensive range of fire detection systems across southern England and Wales. We carry out a lot of work in schools and colleges, so have significant experience of this type of environment.”

After carrying out an audit, Mundy and his team recommended the installation of a BS 5839 part 1:2002 compliant category L2 analogue addressable fire detection system. An L2 system is designed for the protection of life and has automatic detectors installed in escape routes, rooms adjoining escape routes and high hazard rooms.

The system comprises three control panels – a six loop panel in the new Graham Taylor building, a four loop panel in the older building and a separate single loop panel in the craft, design and technology (CDT) area. These are complemented by a wide range of Hochiki devices including ALG-E optical smoke detectors, HCP-E call points, YBO-BSB base sounder beacons and ACA-E multi-heat sensors. Due to the age of the wiring, this was replaced in two out of the three buildings.

In all common areas ALG-E optical smoke detectors have been installed which feature Hochiki’s High Performance Chamber Technology. This minimises the differences in sensitivity experienced in flaming and smouldering fires and helps to reduce the possibility of unwanted alarms at the school.

ACA-E multi-heat sensors are sited in the science, cookery and CDT classrooms and were chosen specifically for their ability to alternate between day/night detection modes. The detectors are programmed to operate as heat sensors between 8.00am-6.00pm and as optical smoke sensors and heat sensors between 6.00pm-8.00am. The times are set via the control panel time clock and can be reset when necessary to account for changes of use or school holidays.

Westronics also recommended that the system should operate with a five minute delay. Hochiki sounder beacons are strategically placed so that when an initial alarm goes off, only personnel in the administration offices and the facilities manager’s office are alerted. They then have time to go to the control panel, find out where the alarm has been activated and carry out an investigation. Mundy commented, “This is common practice in secondary schools as there are occasions when pupils find it amusing to deliberately activate the detectors. If this proves to be the case then the five minute window negates the need to carry out a full evacuation of the school and, for example, disrupt those taking exams.”

The system has experienced no unwanted alarms since installation. Lisa Hill, concluded, “The fire detection system installed by Westronics has been excellent and 100% reliable. We want our staff, pupils and visitors to be safe here and having a best in class solution from Hochiki gives us the peace of mind of knowing that they are.

Maintaining the aesthetics of listed buildings

Mental health must be considered to boost workplace safety