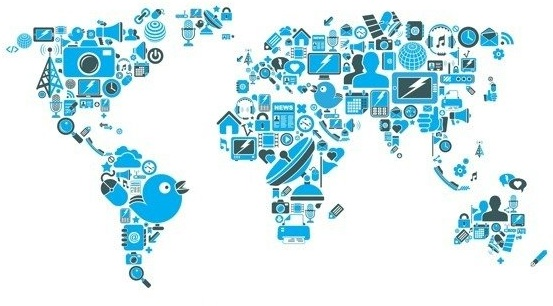 Cisco has announced a new Networking Academy Internet of Everything (IoE) curriculum, giving electricians the Internet Protocol (IP) skills to service the millions of potential new intelligent Smart Grid devices, such as the estimated 240 million meters to be exchanged by 2020 in Europe.

The introduction of the curriculum demonstrates how Cisco is providing the essential education to address the European Information Communications Technology (ICT) skills gap and also meet Cisco’s 2013 pledge to the European Commission Grand Coalition for Digital Jobs.  The Grand Coalition aims to tackle the lack of digital skills in Europe and the several hundred thousands of unfulfilled ICT related job vacancies.

Smart Grid technologies, including smart metering, will bring multiple sustainability benefits in energy efficiency on the electricity grid and in consumer’s homes and offices.  The evolution of an intelligent energy grid system has enormous employment potential with an estimated impact in Europe of between 100,000 to 500,000 potential new jobs in the next three to five years.  The IoE Smart Grid curriculum is aimed at qualified electricians and practitioners in electrical engineering, many of whom lack Internet Protocol (IP) network competencies and qualifications, with a goal of accelerating the rollout of new infrastructure and applications.

“Cisco has been leading Internet of Everything for nearly a decade. The overarching goal behind IoE is to create a world that is more efficient, clean, productive, and sustainable – in other words, smarter”, said Piotr Pluta, corporate affairs, Cisco EMEAR.  “The IoE Networking Academy Smart Grid curriculum is a practical step to qualify the Smart Grid installers of the future accelerating the impact IoE will have in Europe and around the world.”

The IoE Smart Grid curriculum Networking Academy has been developed in Europe and will be released in German in July 2014 with international versions rolled out throughout 2014 and 2015.  The is one of 16 courses that are part of the Cisco Networking Academy programme, a non-commercial ICT training programme established in 1997 that equips one million people every year with the skills to succeed in today and tomorrow’s increasingly connected world.  Networking Academy students worldwide gain the ICT skills needed to build, design, and maintain computer networks improving their career prospects while filling the global demand for networking professionals.

“In Europe, we know that the demand for ICT workers is outstripping supply.  There are about 26 million people unemployed in Europe, and the European Commission expects there to be up to up to 900,000 unfilled vacancies by 2020”, said David Bevilacqua, vice president, south region, Cisco EMEAR.  “We recognised that the Internet of Everything will create further demand for higher paying, skilled jobs and we are creating a specific curriculum that addresses these opportunities.”

“More than 100,000 new ICT jobs were created in 2012 while overall employment dropped sharply.  Moreover, these jobs application developers, big data analysts and others are among the best paid in Europe.  Not only that, digital skills are in high demand across all industries, not just the ICT sector.  Given this situation, it is clear that we need to invest more in ICT training and education and promote careers in digital technology, said Alexander Riedl, deputy head of unit, Knowledge Base. DG Connect, European Commission.  “That’s why the European Commission launched the Grand Coalition for Digital Jobs last year and so far the results are encouraging.  The availability of Cisco’s Internet of Everything Smart Grid curriculum is a great example of Cisco and the other companies that are delivering on the pledges made.”