Have SICK got news for you! 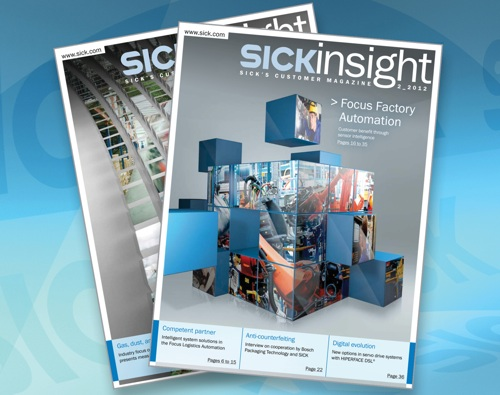 The BBC had news for SICK UK when it featured the company’s in-house magazine SICKInsight in a recent edition of the popular TV comedy panel show Have I Got News for You.

The programme, hosted by comedienne Mel Giedroyc with team captains Ian Hislop and Paul Merton enjoyed the play on words of the SICK name whilst paying homage to the German engineering behind the success of the company founded by Dr Erwin Sick, who died in 1988.

SICKInsight featured as guest publication in the missing words round in which panellists are invited to fill in the gaps in news headlines. The game included one cutting from SICKInsight which featured an award won by the SICK S300 Mini safety laser scanner.

Seb Strutt, senior product manager for SICK in the UK, said they were delighted to join in the fun as part of the episode first aired on Friday 3rd May. “The episode has created quite a stir around the company. We felt that overall our reputation for engineering excellence was well represented whilst the panellists poked a little gentle fun at our company name!”

“As you can imagine, the SICK name is always something of a talking point. It may raise a laugh, but SICK is a name everyone remembers, and we like to think we add meaning to the slang for ‘sick’ i.e. really good or awesome!”

Companies have a key role to play