Megger finds fault on cables of all types 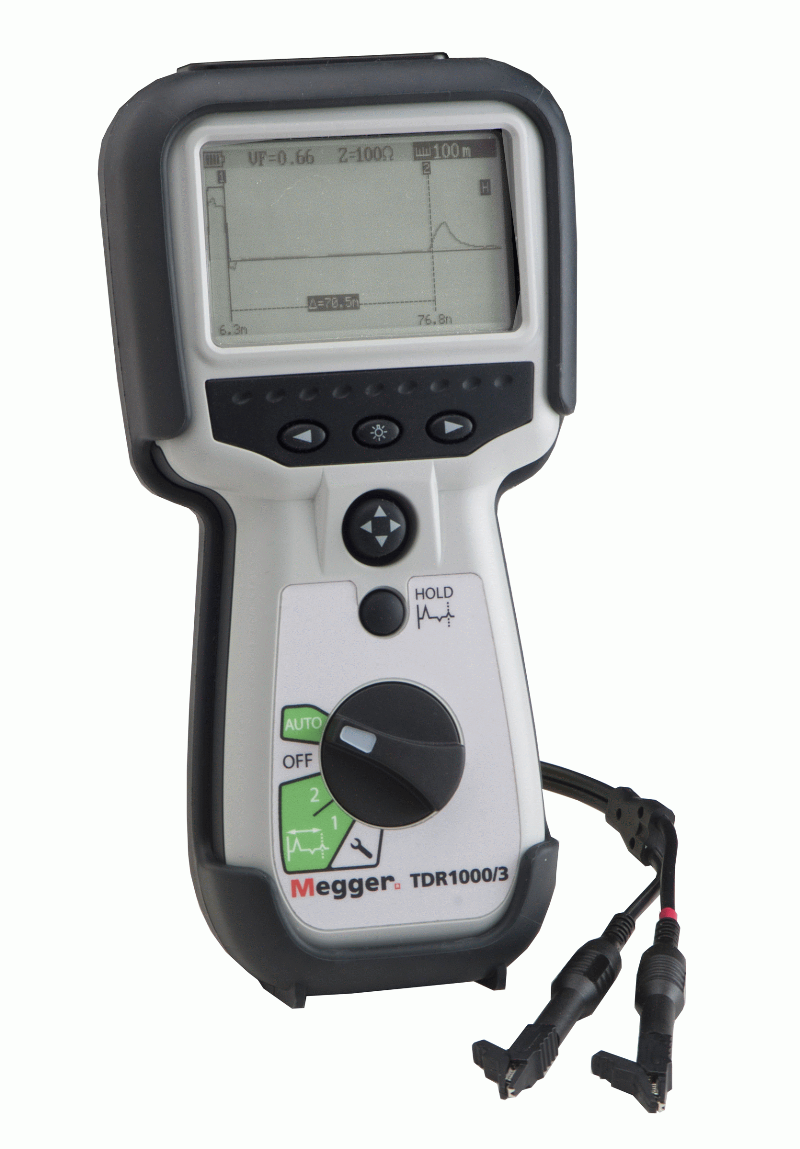 An ideal choice for electrical contractors who work on both power and communications installations, Megger’s new TDR1000/3 time domain reflectometer (TDR) can be used on an exceptionally wide range of cable types. It is suitable, for example, for use on low-voltage power cables, including modern concentric types, as well as on coaxial and twisted pair data and voice communication cables.

Despite its versatility, the TDR1000/3 has been designed with speed and ease of use specifically in mind and it incorporates an auto set-up feature that makes it easy for even inexperienced users to obtain good results. And, for experienced users, this feature is a big time saver.

Auto set-up automatically determines the impedance of the cable under test and sets the instrument accordingly, and also automatically selects the optimum gain and pulse width according to the range chosen by the operator. The need for manual setting is therefore eliminated, although a manual set up option is also provided for those who prefer to have full control of testing parameters.

In addition, new technology used in the TDR1000/3 means that locating cable faults near to the instrument (near end faults) – something that was difficult or impossible with older instruments – is no longer a problem. By using launch pulses with durations as short as 2ns, the innovative TDR1000/3 can accurately determine the location of faults that are less than a metre from the point of connection.

Despite it’s compact construction, the TDR1000/3 incorporates a large high-resolution backlit display. This makes it easy to analyse the traces and to accurately position the cursors, two of which are provided to gives users full control and to provide instant indication of the distance between two points.

A further key benefit is a trace hold function, which allows comparisons to be readily made between cables: the trace for the first cable is held on the display, and is then overlaid by the trace for next cable tested. This invaluable comparison function is normally only available on much larger and much more costly dual-channel TDRs.

Megger’s new TDR1000/3 time domain reflectometer is designed for use on all cables with impedances of 25 O, 50 O, 75 ? or 100 O and velocity factors from 0.2 to 0.99. It has user selectable ranges from 10 m to 5,000 m and, in manual operating mode, the gain for each range can be set in four user-selectable steps. The instrument features rugged yet lightweight construction and an IP54 ingress protection rating. It is powered from inexpensive and readily available AA batteries.

As energy bills surge, lighting is a smart place to start to unlock tangible savings