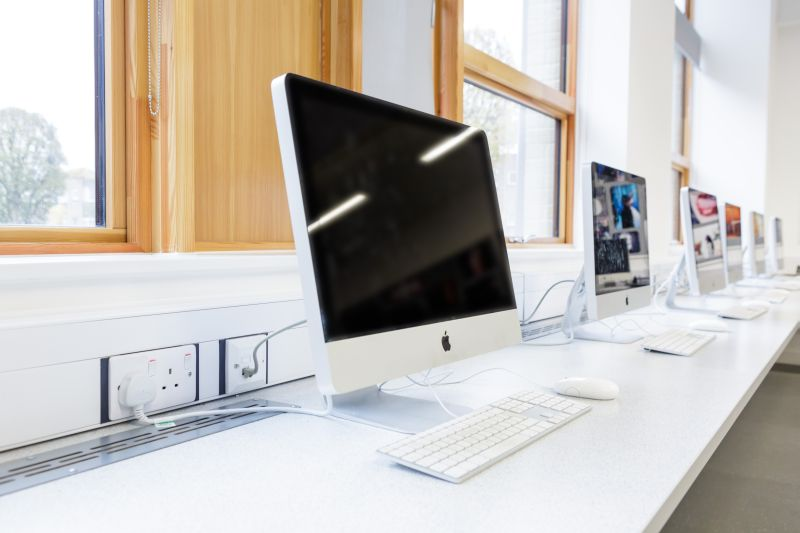 When specifying for two London Borough of Ealing schools, Balfour Beatty Engineering Services (BBES) required good-looking DDA compliant trunking systems with the capacity for large amounts of data and the flexibility for re-configuration. It therefore opted for Marshall-Tufflex cable management systems designed to meet the needs of growing educational establishments with large and complicated power and data supply requirements

As a result some 9,000 linear metres of two of CAT 6 compliant Twin165 and Sterling Profile 1, have been used throughout the re-building of Dormers Wells High School, Southall, and the remodelling of Cardinal Wiseman School, Greenford. The Marshall-Tufflex trunking was supplied by Rexel Senate, Milton Keynes, and was installed without problems despite the sizeable amount of trunking involved. 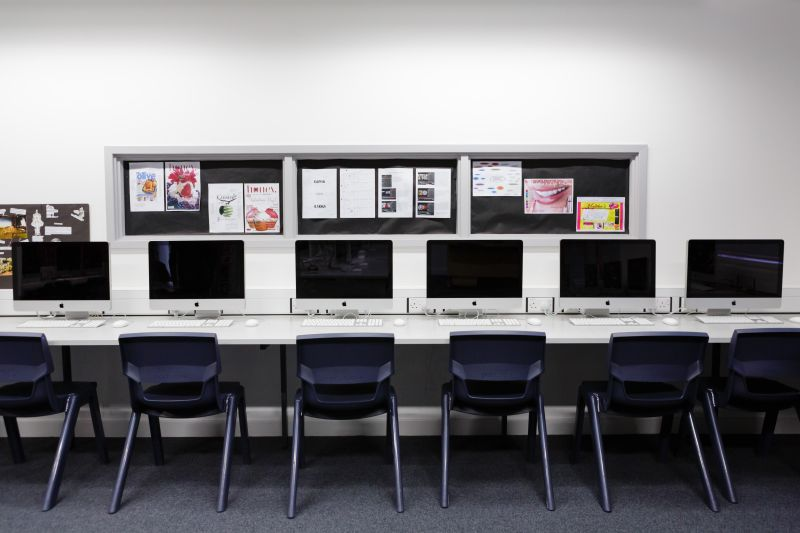 The £30m re-building of Dormers Wells High School has provided an enlarged secondary school with a sixth form for more than 1,400 students. It replaces an out-dated building with a new three-storey structure of approximately 11,475m². It is fitted-out with the latest facilities, including a new ICT suite. It is here that Marshall-Tufflex’s double compartment Twin165 PVC-U perimeter trunking in white has been installed with lids and DDA compliant accessory boxes in charcoal to cater for special needs students. Newly introduced at the time of specification for Dormers Wells High School, Twin165 is a revolutionary medium-sized trunking with split compartments for power and data supplies. It has far greater capacity than traditional similar-sized trunking systems plus its bend radius of 50mm, with adjustable internal and external bends for improved flexibility, enables the delivery of larger amounts of, and more complex, power and data services. 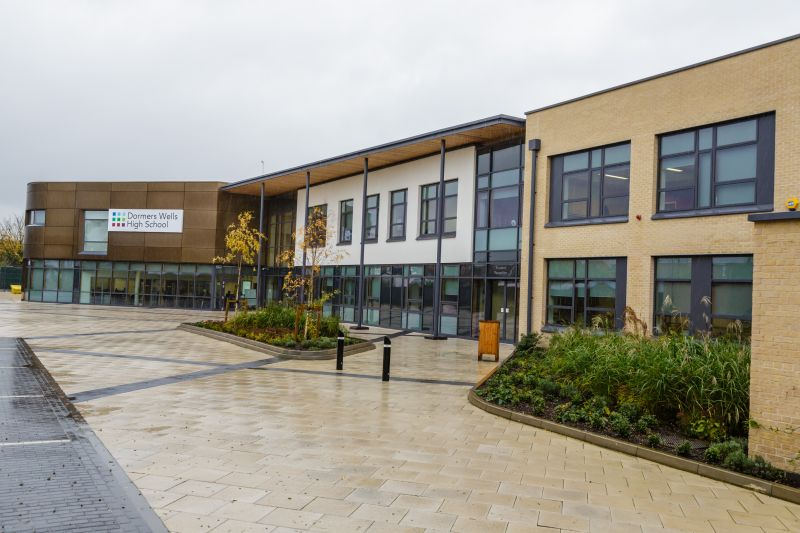 “Marshall-Tufflex products are excellent!” said Geoff Ings, of electrical wholesaler Rexel Senate. “Twin165 was installed ‘double-banked’ to provide the three-compartmental system that was required. It was chosen for its aesthetics combined with its convenient size, which provides greater capacity without the need for larger trunking. Plus, as the internal arrangement of the new Dormers Wells building evolved during construction, its flexibility enabled engineers to think on their feet. Twin165 has gone in to all areas, including where it is simply a future-proofed containment system ready for power and data supplies should the current layout be altered or new classrooms created. We supplied triple the original order, which initially was for the ICT suite alone.”

Approximately 5-6000 linear metres of Twin165 have been installed throughout the new Dormers Wells High School for the ICT infrastructure and other power supplies. Kevin O’Toole, BBES project manager, said: “Marshall-Tufflex’s trunking system has gone into all of the approximately 300 classrooms within the school where it supplies all of the data and some power and lighting. It looks the part.”

At Cardinal Wiseman Catholic School, the chosen Marshall-Tufflex containment system was three-compartment Sterling Profile 1 perimeter trunking in white. It too was supplied with DDA compliant accessories in charcoal. Sterling Profile 1 is one of Marshall-Tufflex’s PVC-U multi-compartment perimeter trunkings, which is available in different heights, designs, cable capacities and numbers of compartments to suit all installation requirements.

Cardinal Wiseman is the second Ealing Building Schools for the Future (BSF) project, with funds secured for the £26m building programme before the closure of the government scheme. It comprised a four-storey new block plus refurbishment works to the existing school to bring it up to a new standard. The specialist technology school now benefits from improvements including a new library, sixth form area, Special Educational Needs (SEN) unit, chapel, sports hall and cafe.

As the first phase new build was to be followed by later refurbishments to the existing school, a compatible cable management system was required. “Our brief was a three-compartment PVC-U trunking in white to give us flexibility and to avoid any potential issues. We have used Marshall-Tufflex products before, they are good products,” said Tom Counihan, BBES project manager.  “We have had no issues and are happy with the finish. Sterling Profile 1 has gone in successfully in phase 1 where it has been used widely throughout classrooms, offices, kitchens and the dining hall, which includes teaching areas.”

Jeremy Dodge, Head of Marketing and Technical Services at Marshall-Tufflex, said: “We are delighted to be associated with such an important initiative that brings significant improvements to two Borough of Ealing schools. Many of our products, such as Sterling Profile 1 and Twin165, have been developed with schools such as Cardinal Wiseman Catholic School and Dormers Wells High School in mind. Designed for no-fuss installation, they are aesthetically pleasing with modern finishes to suit today’s educational buildings. Importantly they provide new solutions for the containment of increasing volumes and more complex data cabling to not only meet the requirements of power delivery for today but also of tomorrow.”

Engineering design services for both schools were provided by Cundall. The Cardinal Wiseman School scheme involved JM Architects and is due for completion in December 2013. The new building at Dormers Wells High School was designed by architect Nicholas Hare and the overall project of works was completed in September 2013.