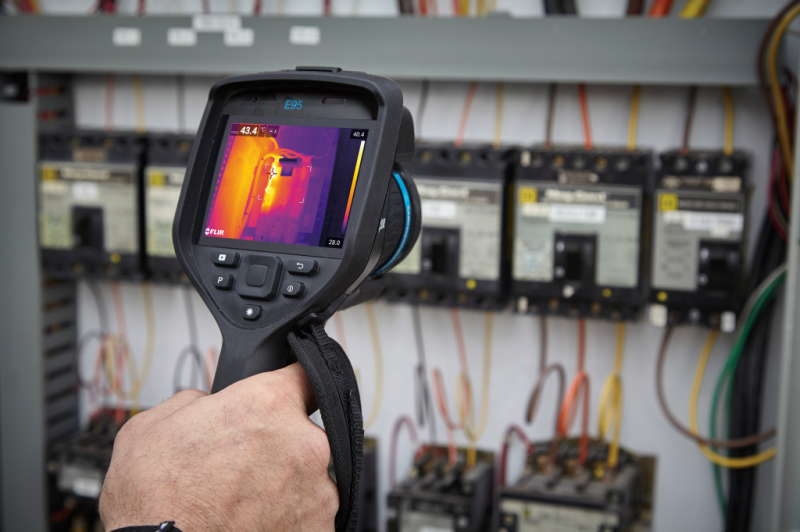 CNA Insurance has taken this a stage further by offering its customers an IR thermal imaging service. FLIR thermal imaging has helped CNA to strengthen its risk management programmes and integrate services to protect lives, safeguard assets and increase profitability.

Armed with FLIR IR cameras, CNA’s certified thermographers have conducted 6,445 surveys over the last five years; that’s around 100 surveys per month. They found thousands of faults and deficiencies, averaging 7.3 faults per report. And the company estimates this has saved its thermography customers the equivalent of £10 million per year.

Company statistics showed that average electrical fire losses were around £150,000 for circuit breakers; £390,000 for switchgear and £765,000 for motor control centre (MCC) rooms. A reasonable average electrical fire loss is estimated to be £575,000. CNA is also able to calculate recovered energy costs using a FLIR software programme that calculates indirect power from surface temperature. 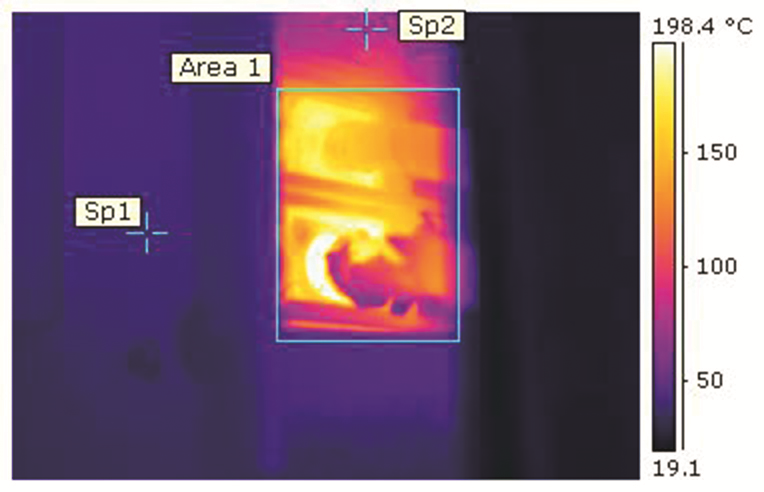 A typical example of a customer who has benefited from the FLIR thermal imaging service that CNA Insurance provides is a fruit processing facility, where 14 faults were identified that could have started a fire. One was critical, three were serious and 10 were intermittent faults. If the problems had remained undetected, the facility would have lost its entire stock due to smoke and fire damage in storage areas containing processed fruit.

This would have represented a loss of around £3 million. And by catching the problems early CNA also saved the customer an estimated £57,000 in electrical repair and energy costs.