Building on the success of 2010 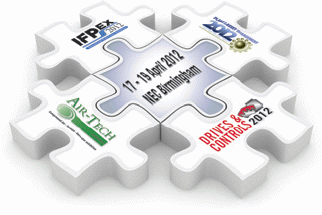 The drives & Controls show 2012 will be taking place at the NEC in Birmingham from 17th-19th April, and exhibition organisers are optimistic that the event will exceed both the exhibitor and visitor numbers of the last show in 2010.

Despite the recent recession, the co-location of events that includes Drives & Controls, Air-Tech, and The International Fluid Power Exhibition (IFPEX), attracted more than 8,600 visitors and 103 exhibitors in 2010, making it one of the most successful Drives and Controls shows ever.

The 2010 co-located events organised by DFA Media occupied 4,762m2, and Ryan Fuller, exhibition sales director, believes this figure, along with visitor numbers will be significantly exceeded as manufacturing continues to regain confidence.

“As in 2008, the visitors (in 2010) came from across the core industrial sectors and more importantly, with live projects and looking to place orders,” added Drives & Controls exhibition sales director, Doug Devlin. “The exhibitors were delighted with the quality and quantity of leads, especially from blue chip companies.

“The seminar programme proved highly popular with some sessions overflowing into the aisles,” continued Devlin. “The investment in stand design, both in space only and shell schemes, gave the whole event a feel good factor.”

Look out for a full show preview in the March edition of Electrical Engineering.

Collaborate with cobots: a guide for SMEs