Beyond the Two-Channel Limit of Oscilloscopes from Yesteryear 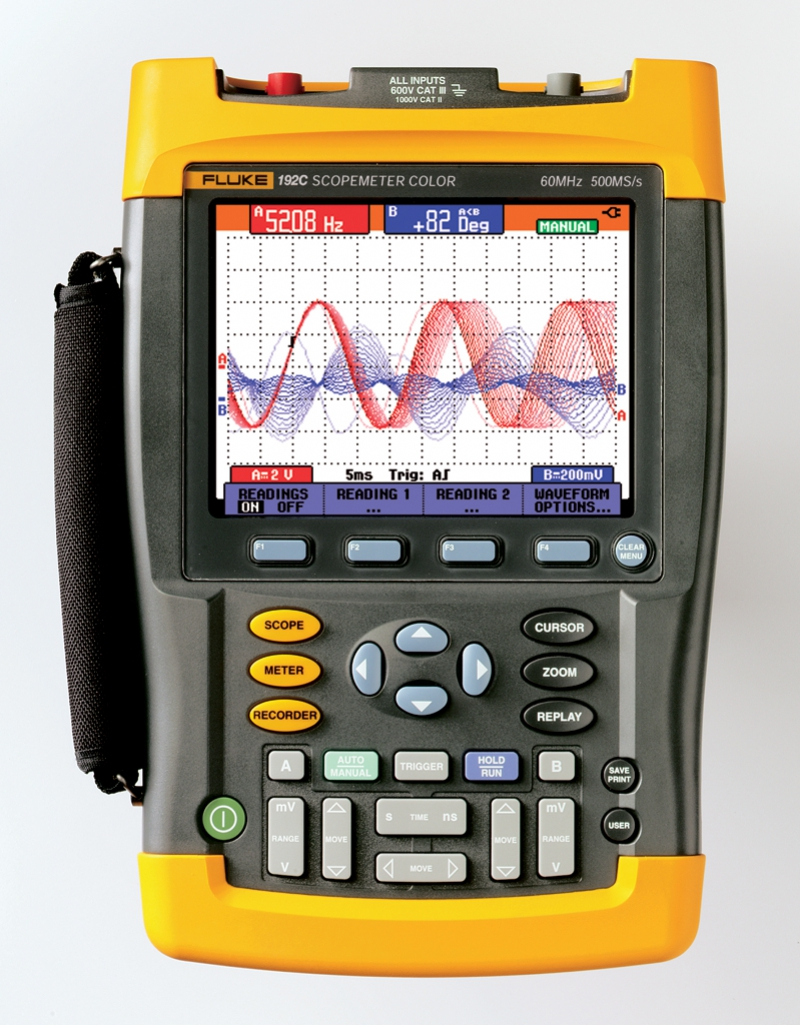 The advantage of handheld oscilloscopes is that they can be taken to equipment and tested in situ, unlike a bench scope where components have to be dismantled from the equipment and brought to the bench, explains PASS managing director Barry Atkins.

The most commonly used oscilloscopes from last century were typically limited to two measurement channels. For measuring and analysing three-phase inrush current for example, modern hand-held instruments that provide a channel for each phase obviates the need to use complicated analysis methods like the two-wattmeter approach for example.

Handheld oscilloscopes combine the performance of traditional bench scopes with paperless recording of multiple measurement channels – useful for installing, commissioning and maintaining industrial and electronic equipment in the field.

Viewing a captured waveform allows an engineer to determine how fast the current drops from startup current to normal running current on each phase. Inrush current is the initial surge of current drawn when voltage is first applied as a circuit is closed.

Three-phase motors obtain their starting motion from the phase difference between the three voltages applied. The three phase voltages create a rotating force, causing a stator to turn. A star/delta switch on a three-phase motor reduces the inrush current by a factor v3.

Each motor has unique starting characteristics that must be taken into consideration – not only the internal motor design but also external factors such as voltage amplitude, ambient temperature and load affect inrush current.

The MR8880-20 is capable of mixed recording of RMS values, DC voltage, and logic signals, allowing it to simultaneously record data describing the interrelationships between equipment power supplies and UPS output and control signals, for example to investigate why an office power supply exhibits instability.

It also features rise time of =4.5ns, memory depth of 7.5kpts, vertical sensitivity of 5mV-50V/div and time-based range of 5ns-50s/div. Multiple trigger modes include edge, pulse video and alternate as well as setup, waveform and bitmap storage modes. A USB port is built into the unit to interface with a PC. 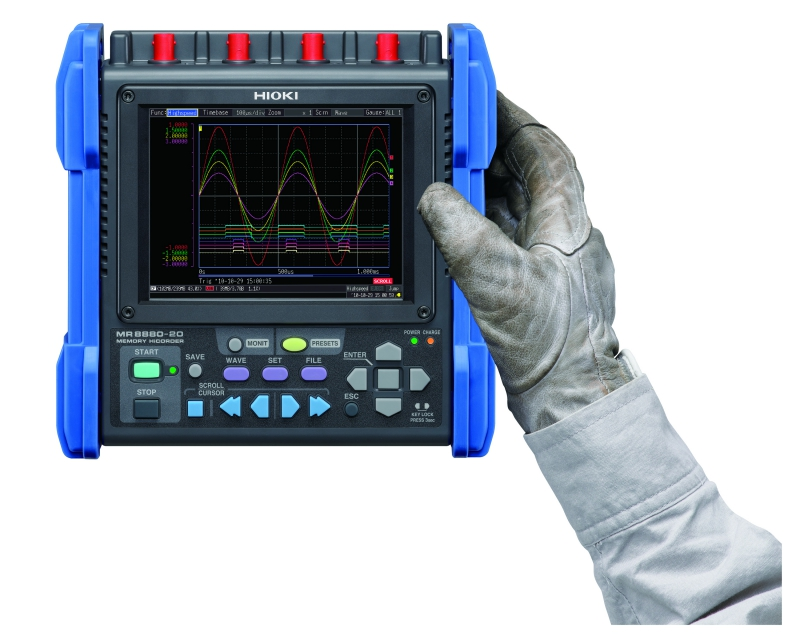 The Siglent SHS1102 Handheld Oscilloscope features a dual-channel bandwidth of 100MHz with a large 5.7 inch colour screen. It is suitable for use in a wide range of different applications including power electronics testing.

The SHS1000 series comes with built-in IsolatedChannel technology, a patented unique technique used by Siglent to provide isolation from both ground and between channels. Also integrated into the SHS1102 is a fully-functional multimeter that is capable of measuring DC/AC voltage, DC/AC current, resistance, capacitance, diode and continuity.

There is also an average mode which can be set for smoothing waveforms, as well as analogue persistence mode that mimics the classic analogue cathode ray tube (CRT) phosphor display characteristics to enable users to observe dynamic signals in a familiar way. True RMS multimeter functions include AC/DC voltage and current, diode, continuity, capacitance and resistance.

Amphenol expands its distribution through AmazonSupply