Automation over the internet 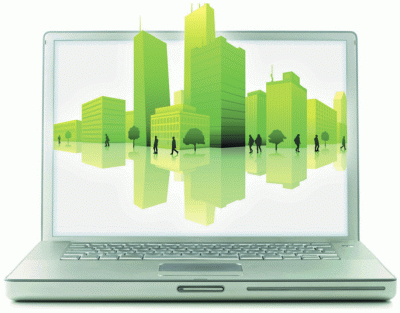 A whole new range of possibilities for building automation are now a reality thanks to the integration of energy harvesting wireless technology in IP networks. Chairman and CEO of the EnOcean Alliance, Graham Martin, explains

Internet protocol (IP) has now become a worldwide standard for data communication between all manner of devices over the internet. Currently there is much discussion surrounding the idea of assigning every outlet and every filament lamp its own IP address and then connecting them over the internet. What many do not know is that today already all electric loads can be addressed over an IP network – enabled by batteryless wireless technology and matching access points.

EnOcean’s wireless solutions harvest the power they need from their surroundings – from motion, light or temperature differences, which suffices to transmit a wireless signal and turn on a light, for example. These solutions also save on installation time, simplify cabling and enable flexible configuration of space. 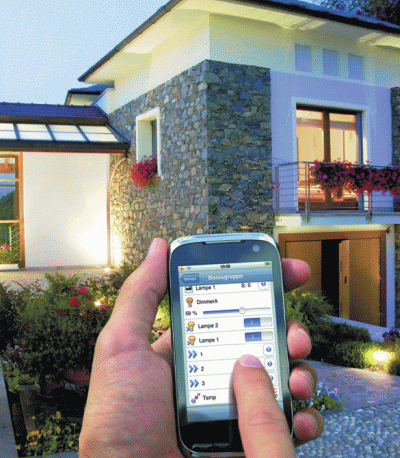 In an example of this technology, when a new building was added to a retirement home there were several parameters required by the operators such as no light switches in the entire building, numerous, easily accessible and batteryless emergency buttons, automatic turn-off of electric loads in apartments when occupants are absent – and all controlled by staff using a smartphone or iPad. Staff were also required to be able to receive alarm messages during the night from the adjoining building complex.

Wireless technology has been installed in the new building during the initial installation phase, with existing and adjoining buildings to follow. All public areas will be fitted with combined presence sensors for light and temperature. These, together with LED beamers, will ensure that lighting is always optimal in corridors, recreation rooms, restrooms, kitchens, cafeteria and other spaces in the buildings. At the same time, these presence detectors will save energy because lights automatically turn-off in rooms when they are unoccupied.

Mechanical keys will be a thing of the past as every resident will be given a plastic card integrating an individual, contactless RFID chip that opens the door to the resident’s own apartment as well as to all public areas. When a resident is in their apartment, they only have to insert the chip card in the holder next to the door and electric appliances will be powered immediately.

The wireless technology and visualisation software enable staff to supervise the status of all loads, as well as windows and doors, so they know at all times which windows and doors are open, how warm it is in individual apartments, and whether shutters are up or down. 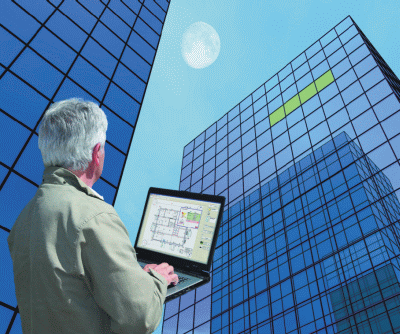 In order to fully automate the retirement home, software from BSC Computer, with its IP oriented architecture, was required. The software allows an unlimited number of sensors to be linked and is easily expanded. Installed on all floors of the new building are EnOcean access points with a LAN interface. These have their own processor and memory for 3,000 EnOcean telegrams. In this way no sensor signal is lost, even if the network or the building computer suddenly or briefly fails. An access point uses TCP/IP, not a Com interface over the Ethernet. The system can consequently work at a high processing speed, even on a large number of sensors. Every action is saved in an SQL database, so this documents (for legal certainty) the time between an emergency call and the arrival of a carer.

Access points are located on the ceiling in the corridors, and each covers an area of about 750m2. They communicate with the central processor by Cat 7 Ethernet LAN.

The local networks of the individual buildings are independent of one another, and each has its own processor for safety reasons. An encoded IP link enables the networks of the two buildings to connect to one another. That satisfies an important customer requirement – if the night time carer in one building happens to be busy with an occupant, the staff of the other building can take over supervision on their monitor. Another major component is iPads for the staff, joined by WLAN to the overall system. That enables all chores to be handled with a single device.

The operator intends to implement this technology in further residential homes in the EU. And, given the European wide availability of smart meters for electricity, gas, water and district heating, such batteryless sensor networks can handle other tasks. They are well suited for metering consumption data and sending them to a central interface. The BSC software monitors and displays meter readings and compares them to set figures. All terminal devices (metres, sensors, actuators) can then be connected to a wide area interface and the data delivered to the utility over the internet. Both access and data communications are secured by a high degree of encryption.

Are apprenticeships the answer to the electronics skills gap?