Are you doing enough to protect your assets? 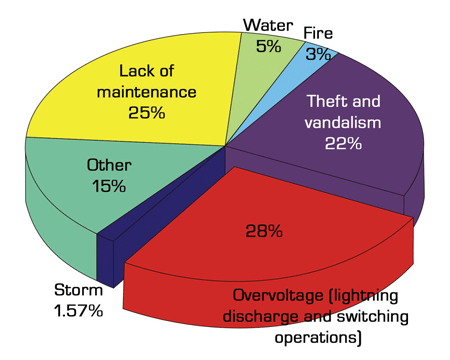 Plant engineers tend to underestimate the impact of surge voltages, both in terms of the cost of premature failure of electronics and the impact on plant availability. However, MTL Surge Technologies believes a properly designed surge protection plan is key to improving plant reliability, increasing availability and maximising Return on Assets.

For many years, process plant managers have installed surge protection devices as a precaution against catastrophic damage due to lightning. However, studies show that obvious surge related damage (blackened hardware) is only the tip of the iceberg. There is however, according to MTL Surge Technologies, an appropriate level of surge protection that, when applied to a plant, reduces equipment failure directly, increases plant availability and indirectly frees up the maintenance team to perform a more proactive role. Improvements can be measured in terms of Return On Assets (ROA) in three areas:
• direct savings in hardware – reduction in premature failures and elimination of catastrophic failure
• increased plant availability
• indirect savings as a result of a better deployed maintenance team

Surge overvoltages are short duration, high magnitude impulses that exist on all electrical (power and signal) lines for a brief time. Common causes range from lightning strikes to switching of electrical loads. Many plant managers believe their plant does not experience surge-related problems, so preventative action is not taken. However, a range of electronic devices are failing short of their design life, yet these failings are often not associated with surge overvoltage by maintenance teams.

Much effort and focus is put on maintenance, but not on surge protection. Yet, surge protection could eliminate a number of failures, maximise the design life of hardware, and potentially improve the efficiency and availability of the maintenance team.

Current industry trends suggest that surge-related failures are likely to increase as electronics become more sophisticated. Also, with the use of fieldbus systems in plants, one cable is used to connect many field devices back to the control host. One surge related incident now has the potential to affect a whole plant area, as compared to one device on a 4-20mA loop. 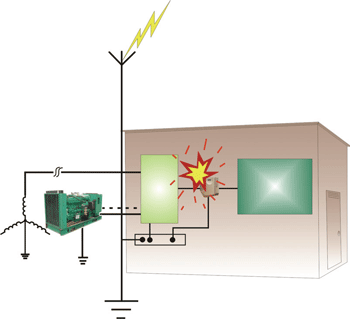 The fact is, electronic systems operate longer in environments where surge voltages are controlled to tens of volts as compared to kilovolts. Control and instrumentation systems are significant assets, with a design life of 20 years or more, and an uncontrolled surge environment can reduce the life of these assets – but it can sometimes be difficult to justify the expenditure, especially to those who have not witness a catastrophic failure.

Return On Investment (ROI) is an ineffective tool when it comes to evaluating investment in surge protection as it does not take into account the consequences of a sudden breakdown or failure. A better measure is Return on Assets (ROA).

ROA is defined as operating income divided by total assets. The higher the value, the more efficiently the plant is using its assets. With this in mind, the effect of surge voltages on plant operation can be evaluated, and the following questions can help prioritise the application of surge protection equipment whose failure would have the biggest negative impact on ROA:
• Review the ‘electronic assets’ of the plant: what would be the improvement in availability (and hence ROA) if 25 per cent of the premature equipment failures could be eliminated?
• Review each asset, from individual component through to process cells and plant modules: how does failure of this equipment effect plant operations and hence profit?

The next dimension to consider is risk. An intensive Reliability, Availability and Maintenance (RAM) programme can reduce maintenance expenditure and increase plant availability. Risk management can be used to provide insight into where surge protection should be applied to achieve the greatest improvement in ROA.

All in all, surge protection is key to improving plant reliability, availability and Return on Assets.