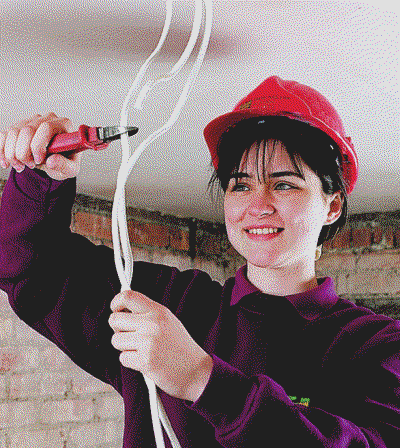 Dramatic changes that are taking place in vocational training are having an impact on the UK’s electrical contracting sector. Iain Macdonald, the ECA’s head of education and training, investigates

The systems that underpin vocational career training in the UK are going through dramatic changes. And this at a time when our industry’s contribution to the future growth of the economy, in particular the new ‘green’ economy, is crucial.

These developments will alter the landscape of training for work within the electrical contracting industry, and as employers play a central role in bringing an individual to competent and qualified status, it is important that they understand the situation and are aware of the changes.

As part of its new skills strategy published late last year, the coalition government pledged to increase annual apprenticeship funding by up to £250m and deliver 75,000 more apprenticeship places over the next four years.

Apprenticeships have been in the news ever since, with the first statutory policy to underpin the UK apprenticeship system, the Specification of Apprenticeship Standards for England (SASE), introduced by BIS in January. This was followed in June by the publication of the Wolf Review of Vocational Education.

The SASE brings into force new arrangements for the development of industry apprenticeships, effectively deregulating the current system. These arrangements replace those previously operated by our Sector Skills Council, SummitSkills, creating the opportunity for multiple organisations to propose and develop apprenticeship frameworks.

At one level, this development could be seen as beneficial, but SummitSkills’ new role as the sector’s Issuing Authority in no way replaces their previous stewardship, in partnership with industry bodies, of the sector’s frameworks. They will preside with limited control over an expanding range of offerings that will potentially confuse candidates and employers alike.

We welcome the SASE’s requirement that there should be a single, high standard for apprenticeships. However, the ECA believes the government’s desire for another 75,000 apprenticeship places is questionable, because they come with no guarantee that there will be a matching demand from employers. The economic climate is making it difficult for many companies to take on apprentices, and many have responded by reducing their commitment to training.

The reality in our industry is that employer engagement in craft apprenticeships has been declining over recent years, particularly within large companies increasingly reliant on agency and sub-contracted labour rather than a directly employed workforce. For SMEs, we know the cost and commitment of offering apprenticeships often acts as a disincentive, as apprentices can’t become fully productive until around two years into their training.

To encourage employers to take on and train new apprentices in the first place, the government needs to offer them real incentives, such as easing the associated financial burden for SMEs via national insurance or tax breaks, training credits, or recognition of the value of apprenticeships within public procurement contracts.

There is also a need to look beyond apprenticeships, which are important, but are only part of the skills solution. We believe there is a need for equal government support for trainees of any age undertaking industry recognised qualifications, over and above the present funding cut-off at age 25. Many over 25s wishing to develop or change their career are deterred by the prospect of a lengthy training period without financial assistance available to support current family or lifestyle commitments. It is here that the availability of proposed apprenticeship loans might have the most positive impact, enabling employers to tap into the pool of semi-skilled and differently skilled workers who will become productive and proficient more quickly than their younger counterparts.

The electrical industry has a long standing commitment to advanced apprenticeship training, requiring a Level 3 qualification to enable a qualified operative to work competently and unsupervised on hazardous systems. The ECA agrees with much of the Wolf Report, although we are dubious about its perspective on the industry’s present training arrangements.

We remain concerned that the funding and uncontrolled delivery of Level 2 technical certificates by colleges and training providers (which can be achieved entirely without meaningful assessment and on the job, workplace experience), has led to individuals entering the industry without a recognised qualification. Not only does this undermine the industry’s standards and ability to achieve such qualifications, but it also ultimately frustrates the ambitions of the individuals concerned. The only possible beneficiaries from the retention of such courses are awarding bodies, colleges and training providers, which benefit financially from such activities.

This was reflected in professor Wolf’s findings that too many learners are taking courses of little value, which fail to lead to employability within the current jobs market.

Stay up to date

It is vital that learners joining the electrical sector enrol on recognised training and assessment programmes that deliver the outcomes our industry requires. In support of this, we must have mechanisms in place to give employers an incentive to engage with the increased numbers seeking an apprenticeship.

The green agenda continues to hold significant promise for individuals and businesses in this industry, and provides a commercial impetus to develop the right number of people at the right level, whether by way of apprenticeships or by recruiting and training adults with the potential to deliver the necessary skills.

It remains to been seen how the SASE and implementation of Wolf’s recommendations will impact the quality and availability of apprenticeship training, as well as what other policy changes might lay ahead. But it’s clear that these are changing times for our industry’s training and we would encourage employers to stay up to date and ensure they have their say.

What will the Brexit mean for exporters? Comment from the Institute of Export

Flame-proof motors in the Arctic Circle