A bright future for apprentices 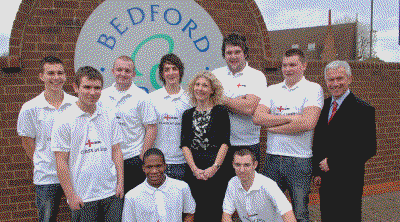 This time last year NICEIC launched its new Apprentice Academy to help train the workforce of the future. One year on, NICEIC talks to Electrical Engineering magazine about the progress made by the students over the last 12 months and the next stage in their development

The government launched its Skills for Sustainable Growth strategy in November last year in which it placed greater emphasis on the need for vocational training, and stressed that practical skills should not be seen as a poor relation to academic achievement. An increased focus on apprenticeship schemes were at the centre of these reforms, particularly in areas where there was already a skills shortage.

While this strategy was being introduced, NICEIC was forming its own Apprentice Academy as part of its commitment to training the workforce of the future. The aim of the academy is to help plug the potential skills gap in the electrical contracting industry and provide students with the necessary training and skills to meet the demanding challenges of the electrotechnical industry.

Commenting on the role of apprentices, NICEIC’s CEO Emma McCarthy said, “Apprenticeships can make industries more effective, productive and competitive by addressing the skills gap directly. They are the proven way to train the workforce of the future.”

Getting the skills required

The academy sees trainee contractors undertake a series of fortnightly courses over two years. They then embark on a final year of professional development under the guidance of NICEIC.

A year on from its launch, the first group of students through the academy doors are now preparing to start their second year of study. Over the last 12 months the eight students have attained their City and Guilds 2330 level 2 and are now progressing to the next stage.

Some of the topics covered so far include principles in electrics, installation technology, safe site working and practical installation work. The second year will see the students delve further into these subjects and complete on-site diaries as they work towards City & Guilds 2330 level 3 and NVQ level 3.

One of the additional modules to be included on the NICEIC course not covered on all electrical apprenticeships is solar photovoltaic installations. With the expected green technology boom in the future, NICEIC were keen to include a module on renewables to ensure the students had the skills required to cash-in. 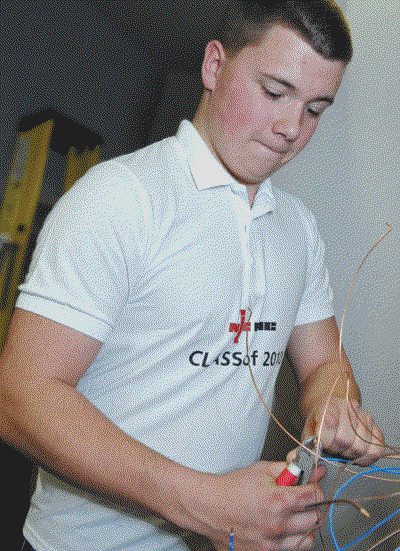 NICEIC’s training manager Darren Staniforth explained, “A basic knowledge and understanding of renewable technologies will be vital to electricians over the next decade.

“By introducing some of the terminology and basics now, they will be well set to take advantage of the opportunities that will arise in the future. The apprentices’ employers are also keen for them to get specialist skills in this area as it’s a market that many of them want to move into and they need employees with the appropriate skills.”

One student with those skills is Jack Hawes, who has already started working on renewables with his employer and was asked to take part in the World Skills event, which took place at London’s ExCel Centre in early October.

He was part of a team of young apprentices from Bedford College (who help run the apprentice academy in partnership with NICEIC) that attended the event and installed four solar panels on an eco-home specially set-up at ExCel.

The group of apprentices demonstrated how the system connects up to the domestic supply and feeds back to the national grid.

“It was great to see Jack representing the UK,” added Staniforth. “He has really applied himself over the last year and we are delighted with the progress all of the boys are making.”

With the first year now complete, the challenge for NICEIC is to continue progressing with the academy. The challenging economic climate has meant less firms are willing to invest in young apprentices, and the take up for many apprenticeship courses has fallen – despite an increase in the number of places available.

However, NICEIC and has vowed to continue investing in the academy and next year will see the first batch of students come under the guidance of the NICEIC themselves. The students will attend workshops at the organisation’s headquarters in Dunstable for specialist industry training on topics such as inspection reporting, certificate completion and environmental training.

Staniforth concluded, “The academy is a long term investment by NICEIC in the future of our industry. It will take a good few years before we get to see the benefits, but at the moment the signs are good and we look forward to potentially opening up the academy to other parts of the country in the near future.”

The IET warns of the dangers of fake wiring publications

Celebration for Hughes Trade as it opens new Leicester branch

Electrical earnings heat up in July