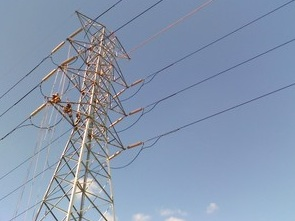 Nexans has worked with Light, Rio de Janeiro’s electric utility, to develop the Lo-Sag conductor to help solve Brazil’s crucial issue of supplying more electricity to its large urban centres, where the construction of new overhead transmission lines is severely restricted and needs controlled clearance to buildings or natural obstacles.

As a result of a five year development programme involving Nexans’ technology centres in France and Belgium, this overhead line technology consists in a thermal resistant aluminium conductor wrapped around a composite carbon core. Compared with a traditional ACSR (aluminium conductor steel reinforced) which uses a steel core, the composite carbon core of the same diameter is much lighter and 50% stronger. Most importantly, the carbon core’s coefficient of thermal expansion is roughly one tenth of that of steel, so it expands (and ‘sags’) much less when heated by the high current flowing in the conductor, enabling the vital safety clearances to be maintained between the conductor and the ground, even at high operating temperatures.

These properties enable the new overhead lines to be driven much harder by the electricity utility. So while a conventional conductor, at a typical safe limit will operate at 90°C, Lo-Sag can carry around twice as much power. This makes Lo-Sag well suited for upgrading existing routes to higher powers, using established routes and existing cable towers with minimal modifications, reducing both project delivery times and costs.

The first Lo-Sag has been operating in the field for six months, with an installation on Light’s 138kV transmission line that connects Cascadura to São Jose in Pavuna district, one of the areas with a specific need for more electricity. 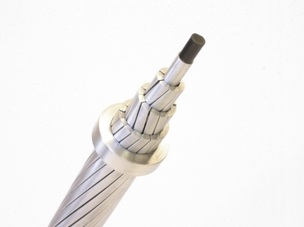 “In this initial installation for Light, Lo-Sag has been proved to increase the power transmission capacity by 72.5%”, said Sidnei Ueda, OHL application engineering manager at Nexans. “It has been a truly Nexans global project, with the composite carbon core manufactured in France, the thermal resistant aluminum produced in Brazil and the entire conductor assembled in a Belgian plant. Lo-Sag is expected to have a life time of at least 40 years. That is similar to, or even better than conventional conductors.”

While Lo-Sag has been developed to meet the particular needs of Brazil’s transmission networks, especially in upgrading projects, the concept is also ideally suited to many other markets around the world. Lo-Sag can also offer important advantages in the construction of new transmission lines, especially for the long spans, over one kilometre, required for river crossings. The tower height could be up to 30% shorter.

Brazil’s large cities have a critical need for more power to support the country’s economic growth, especially as it is hosting a number of major international sporting events in the next few years. However, the creation of new power routes in areas with a high population density is a major bottleneck, both in land and equipment costs and the extended time scales required to obtain the necessary permits and rights of way. Nexans and Light have therefore focused on an alternative approach that is now enabling existing power transmission routes to be up-rated to carry the extra power required.

A new breed of PLC

Improving your products is the commencement of your marketing plan

Making the grade: how to measure building intelligence