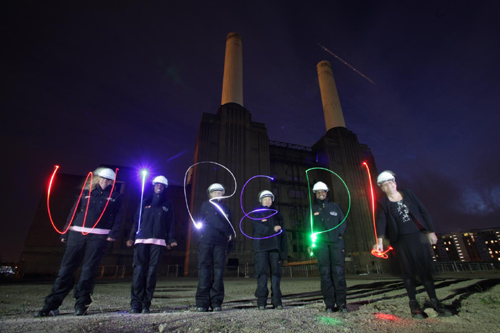 Diane Johnson, skills ambassador for the Electrical Contractors’ Association (ECA), has become the first ever winner of Real Business and the CBI’s First Women in the Built Environment Award.

The accolade is in recognition of her work in transforming the electrical industry through the ECA’s initiative, Wired for Success: ECA Women into Electrical Contracting, which aims to encourage more women into the electrical sector. Johnson’s award also acknowledges her achievements as the first ever female president of the ECA in its 110 year history.

Founded in 2005 by Real Business and the CBI, the First Women Awards recognise trailblazing women who are laying the foundations for the next generation of female talent.

Johnson collected the award from television presenter, Clare Balding, at a ceremony on 28th June, attended by guests including home secretary and minister for women and equalities, Theresa May, and CBI president Sir Roger Carr. Judges of the awards, which included The White Company founder Chrissie Rucker, Taylor Wimpey CEO, Pete Redfern and Wilful Blindness author Margaret Heffernan, described Johnson as “an outstanding woman on every level, who is actively making a difference to the lives of women across the UK.”

Commenting on receiving the award, Johnson said, “Being shortlisted for this award was an honour, but to win against such stiff competition is absolutely fantastic. I am delighted that Wired for Success has been recognised as a ground breaking and vital programme for the industry. And I am proud that the ECA has been recognised as a real agent for change and leadership in the sector.”

She continued, “The scheme is already changing the lives of the women taking part, and has the potential to be replicated across the country. Its aim is simple – to encourage more people from under represented groups to join the workforce. And as a blueprint for success, it could be applied to many other skilled industries. I hope that winning this award will take Wired for Success to a wider audience of like minded organisations who will look to replicate the model in their own sectors.”

£1.6m in funding to make York’s buses cleaner and greener