Your guide to better safety practice 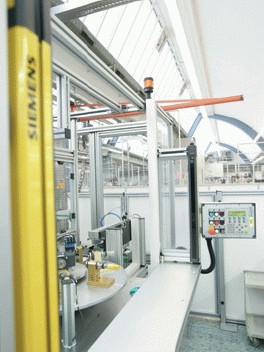 Guidance on functional safety management and competence has improved as a result of changes to the IEC 61508 basis standard for functional safety. Ian Curtis from Siemens Industry Automation explains

Compliance with best practice standards, such as IEC 61511, is really the only practical option for ensuring that legal obligations for functional safety are met. However, because the IEC 61511 standard is not a directive, and therefore not a legal requirement, it is theoretically possible for a company to take an alternative path.

If this is the case the onus falls on that company to prove that the approach taken is equivalent to, or better than that proposed in the existing standards. However, this reinventing of the wheel would be extremely time consuming and costly, and would involve significant risk of falling short of the ultimate goal of reducing risk and protecting people. If, on the other hand, a company complies with the relevant standards fully then those involved can sleep soundly at night in the knowledge that what they have implemented is in line with current best practice. It is really a no-brainer to go down the standards route.

Talk of standards normally conjures up thoughts of burdensome documentation and added cost and it is undeniable that complying with IEC 61511 requires that safety lifecycle activities are planned, enacted, verified, validated and of course, documented for all stages of the project lifecycle. If done badly this can be both costly and ineffective. If done well, there is a potential upside for organisations in complying with such performance-based standards.

The basis standard for functional safety of electrical and/or electronic and/or programmable electronic (E/E/PE) devices is IEC 61508 – the development of which started back in the mid-1980s. It spawned a number of daughter standards with IEC 61511, launched in 2003, being the most relevant for the process sector. The creation of IEC 61508 was an extremely ambitious undertaking. It covered a lot of ground and represented a major step forward. However, given the size of the task it is perhaps not surprising that, as people started to work with the standard, areas for improvement were identified and, after much work, Ed 2.0 of the standard was launched back in April 2010.

Ed 2.0 revisits a number of areas of the original standard and one particular focus is that of functional safety management (FSM). This section has been completely restructured with the addition of more comprehensive normative requirements aimed at clarifying responsibilities and ensuring competence.

In terms of FSM, much of what has been added to IEC 61508 Ed 2.0 is already in the IEC 61511 standard. The normative requirement for clarification of responsibilities and ensuring of competencies is already included, however, this revisiting of IEC 61508 only serves to re-emphasise the importance of both FSM and competence.

This in turn means that companies involved in functional safety will need to be able to demonstrate they have the necessary competences and have adequate FSM. We live in an ever changing world with advances in technology, regulations and standards occurring at a rapid rate. It follows therefore that companies will also have to manage competence over time to ensure appropriate levels are maintained so a formal competency management system is also a requirement.

There are various individual qualifications that can be gained to help demonstrate individual competence, and it is often the case that organisations involved in functional safety will have one or more such qualified engineers at their disposal, either in their organisation or hired in as a safety consultant.

It is important that there is not too much reliance on just one expert. Everyone with duties to perform in respect of functional safety has to have the right level of competence to perform their function and have sufficient awareness to know how they fit into the overall picture and, importantly, to understand their limitations and, if necessary, flag if these limitations are being exceeded.

The Health and Safety Executive, working in partnership with the IET and the BCS, has published guidance to help companies manage the competence of their staff who are involved with electronic safety related systems.

It is to be expected that end users will be increasingly looking to suppliers to show their credentials. To help with this there exists a UKAS accredited methodology known as the CASS scheme, that certification bodies are using to demonstrate the Management of Functional Safety in full compliance to IEC 61508 and its related sector guidance standards such as IEC 61511.

This certification includes Competency Management Systems to meet the demands of the master standard BS EN 61508 (IEC 61508) and is applicable for all of the sector-based standards – IEC 61511, IEC 62061 etc.

As engineers working with safety instrumented systems we are generally drawn most strongly to the technical aspects of designing and implementing safety instrumented functions. We like to concern ourselves with carefully selecting technology, architectures and suitable components which can combine to meet our SIL requirements and which will respond reliably to a demand placed upon them.