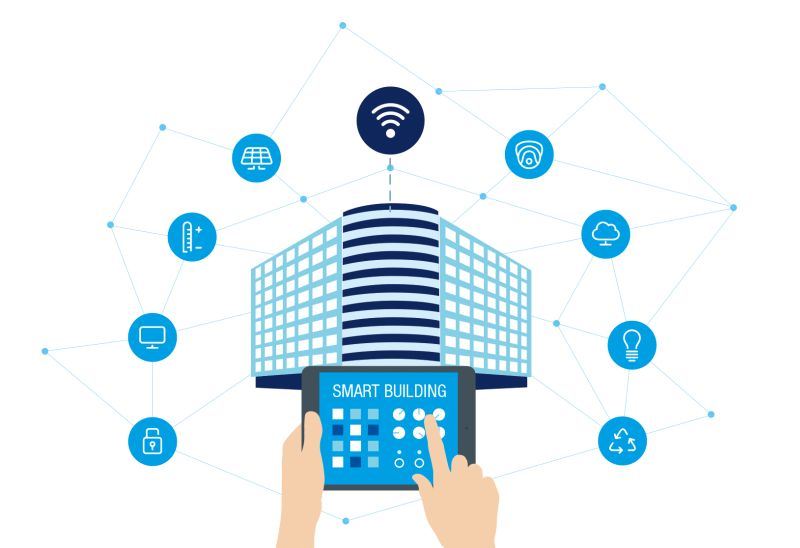 As a specialist for innovative lighting components and systems, Tridonic has developed the toolbox net4more which will not only connect luminaires with each other, but deliver a value that goes far beyond lighting and become the backbone of IoT.

Where there are people, whether indoors or out on the streets, there is artificial light. In many of these luminaires there is still plenty of space for one or other digital sensor or microchip – after all, digital electronics is necessary for modern LEDs.

What’s more, since the luminaires need electricity, the power supply is already integrated.  There shouldn’t be any further concerns about cabling the individual sensors or changing batteries, which they would otherwise have to do every year or two or even more often – which in large buildings means a lot of work. Furthermore, luminaires are mostly installed on walls or ceilings and therefore in the best places for including sensors and communication with them along with connection to the access points for the internet can be either wireless or via the data cabling that is already in place.

According to calculations by Gartner, the US market research company, last year around five billion devices were able to communicate via the Internet – whether smartphones or tablets, smart electricity meters, cars or factory machines. In 2016 the figure is expected to rise to between seven and eight billion and in 2016 the number of connected devices will overtake the number of people on the plant for the first time. Analysts are already talking about 24 to 35 billion connected devices by 2020.

Tridonic recognised this potential of the Internet of Things organised via an Internet of Light at an early stage and has applied its expertise in electronics, sensor technology, software and LED luminaire control to develop a future-proof hardware and software platform.  The net4more toolbox, which consists of LED Drivers, communication modules, sensors, routers, software and applications and which was unveiled at Light+Build, Frankfurt 2016. 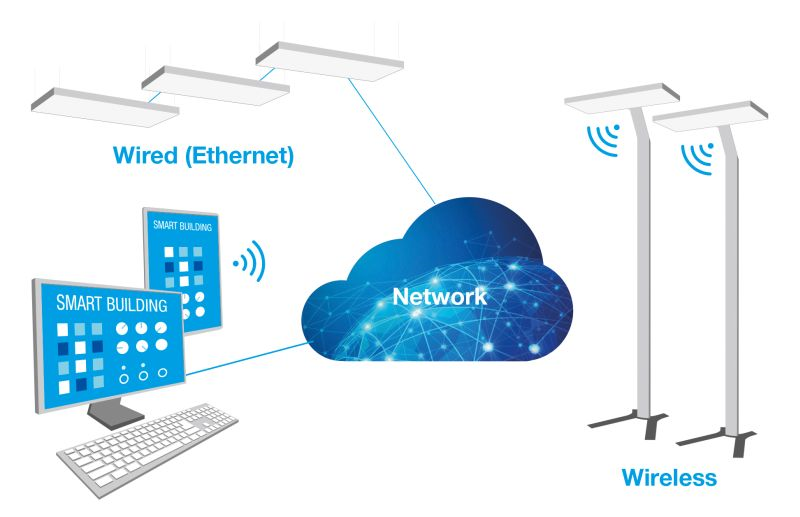 In the autumn of 2016 a technological introduction phase will start in which the net4more system will be used in pilot projects – for example in office buildings. For this purpose, a partner network will be set up and partners will be able to link their own hardware, such as sensors and communication elements, and their own application software with net4more. From spring 2017 net4more will then be available to everyone.

The crucial benefits that distinguish the net4more system from competitor products is its open platform, flexibility and scalability. net4more was designed right from the start for interoperability and open hardware and software interfaces. For example, the software architecture is based on the open standard of the IPv6 Internet Protocol, wireless communication uses a low-power version with IPv6 which operates like a low-energy version of wifi with networking capability, and the application and communication layers also use the usual open standards. What’s more, net4more is the first system that enables both wired and wireless communication – and it is also scalable for any size of building or area.

All this makes net4more particularly future-proof, which is extremely important for areas of application which have to operate reliably for many years – for example in office buildings and factories. It also offers customers the option of integrating their own solutions, whether hardware elements or apps for data analysis or control, in net4more, or using net4more for those solutions. Basic solutions such as a Cloud platform, and apps for configuration and operation are already included in net4more, but customers and partners can add their own solutions and services.

net4more hereby opens up the straightest, most efficient path to the Internet of Light with a large number of services that go beyond light. Tridonic is therefore focusing strongly on the convergence of new technologies, smaller and smaller communication modules and sensors, LED luminaires, apps and mobile internet. This reduces complexity and costs and enables an enormous variety of additional services to be provided in the coming Internet of Things.

Audible and visual warning devices for fire, gas and security systems on show at Security Essen

How do you balance the safety of people, plant, premises and continuity of electrical supply for today’s complex loads?