Titanic Belfast centre opens on time thanks to drives installation 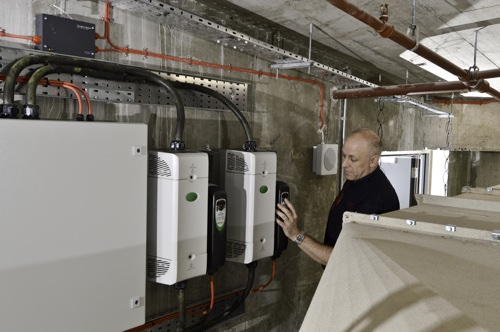 Titanic Belfast, the world’s largest titanic visitor experience, was built to continue the story and legacy of the world’s most famous ship – to celebrate Belfast’s great ship building feats and commemorate Titanic’s tragic maiden voyage and loss of life.

Titanic Belfast is located in the heart of the city on the slipways where the Titanic was built. It measures 14,000m2 and accommodates nine galleries of interactive exhibition space, an underwater exploration theatre, recreations of the ship’s decks, cabins and banqueting facilities, Titanic Store and a café and bistro. The unique architectural design was influenced by several maritime themes, including the insignia of the White Star Line.

The Harvey Group, a provider of mechanical and electrical building services in Northern Ireland and the UK, was contracted by Titanic Foundation, the owners of Titanic Belfast, to supply and install complete building services. This was a unique challenge due to the highly unusual shape of the building.

In February 2012 G. S. Stothers Mechanical & Electrical Engineering, one of Northern Ireland’s leading smoke ventilation specialists, was asked by the Harvey Group to supply a system which could control two twin fan sets within the smoke extraction system in the atrium of the Titanic building.

Titanic Belfast was due to be open before the 100th anniversary of the April 1912 sinking of the Titanic and the opening date was set for March 31, 2012, the 100th anniversary of Titanic leaving the slipway before its fit-out at Thompson Dry Dock. Delivery of the control system was therefore required before the end of February, giving G. S. Stothers less than one month to complete the job. 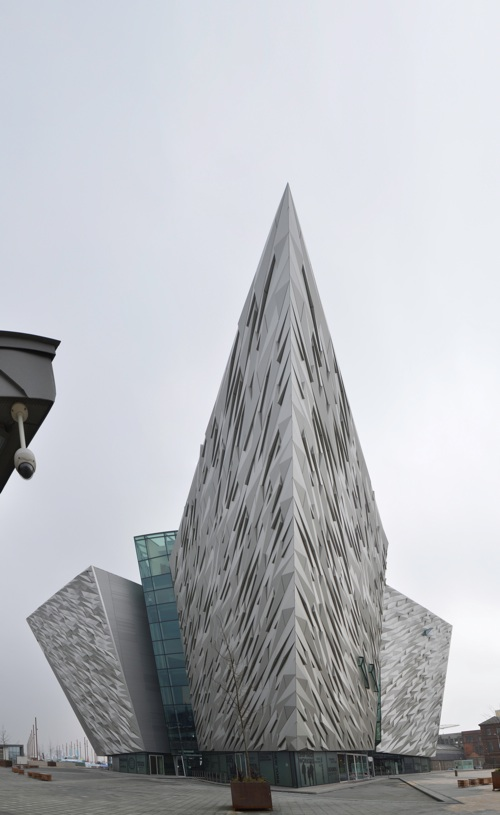 The twin fan sets were positioned in the fifth and sixth floor areas near the top of the atrium in the Titanic building. They are connected to a Very Early Smoke Detection Apparatus (VESDA) system, which is designed to activate the smoke extraction system once it detects smoke at high level. If smoke is detected, then four variable speed drives ramp up the fan sets in a delayed sequence, so that one fan does not restrict the airflow of the other.

Willas McAdam, founder of Motion Control Systems, said, “I had no hesitation in recommending that G. S. Stothers use Commander SK drives from Control Techniques for the Titanic Belfast smoke extraction system because Commander SK is the easiest drive to program and interface to any external control system, especially in such a time constrained environment.”

Sam Stothers, proprietor of G. S. Stothers, added, “As promised by Motion Control Systems, the Commander SK drive was extremely easy to program and interface, and really helped us to get the job done on time. In fact, we were so impressed that we have now approved Control Techniques as a preferred supplier for all our future building management, car park ventilation and carbon monoxide/smoke detection control systems. This includes a current building management system/car park ventilation project being carried out in Glasgow, Scotland with an estimated value of close to £1,000,000.”