Paul Sevink is a professional handyman who enthusiastically embraces new technology to ensure he can provide his customers with the best possible service.  The scope of his work is extremely broad. In addition to general maintenance and renovation, he installs and maintains vacuum cleaning systems and infrared heat panels and he is also a certified wood refurbishment specialist.  And for fault finding in all these applications, thermal imaging has an important role to play.

Infrared technology is now easily affordable by the trades and very easy to use, benefits that Paul Sevink can confirm through his recent acquisition of a FLIR MR160 moisture meter and pocket-sized FLIR C2 thermal imaging camera. Indeed, he is finding both indispensable for investigating damps spots and structural defects. 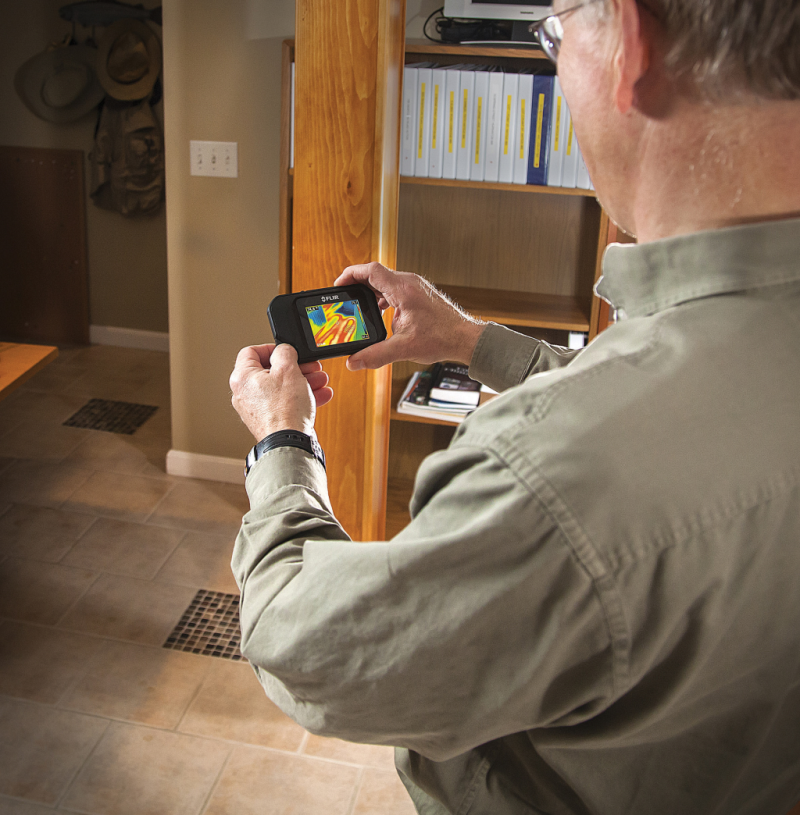 Construction professionals typically use moisture meters that measure electrical resistance between two pins set a fixed distance apart. The lower the resistance, the higher the moisture content of the measured surface.  A drawback with these devices is that it often takes time to locate the best spot for moisture measurement to be taken. And this is a problem for which the FLIR MR160 imaging moisture meter offers an excellent solution.

The FLIR MR160 combines a moisture meter with a thermal imaging camera in a single unit. Making use of Infrared Guided Measurement (IGM™) technology, the FLIR MR160 visually guides the user to the location where reliable moisture measurements can be taken in floors, walls or ceilings and examined further with the built-in sensors.

“This device recently served me well on a job where the laminate flooring on a landing had suddenly bulged up and there was no way to get a good look without causing damage,” Paul Sevink explained. “A leak detection survey confirmed there was no leaking water pipe or drain, suggesting that poor caulking and grouting was the cause.”

He continued: “The FLIR MR160 showed me a pattern that appeared to indicate water was present that had not been found during the survey and my first thought was an old moisture problem.”

Moisture can accumulate when it wicks in through a poorly sealed joint and is unable to evaporate because the surface is covered with a layer of tiles, for example. The problem only becomes apparent when the substrate becomes saturated.  In this case some wall tiles had also cracked caused by the stress that built up as the substrate expanded with moisture.

“After removing a few tiles at the client’s request, the FLIR MR160 confirmed my suspicion,” Paul confirmed. “It was clearly accumulated moisture, not a leak. And based on this information I could advise my client to run a construction dehumidifier for a few days after which I would replace the damaged tiles.”

The FLIR MR160 has also proved useful for detecting moisture spots in wooden door frames as sometimes wood rot is not easy to see with the naked eye. With his FLIR MR160 Paul gets a clear picture of the situation, both with and without measuring pins.

“What I really appreciate is that you can save and transfer your measurements and results,” he added. “With the supplied FLIR Tools software you can create beautiful reports that provide proof to clients which, in my case, are often insurance companies. It is also handy to be able to show the client the moisture problem while on site, based on the thermal image.” 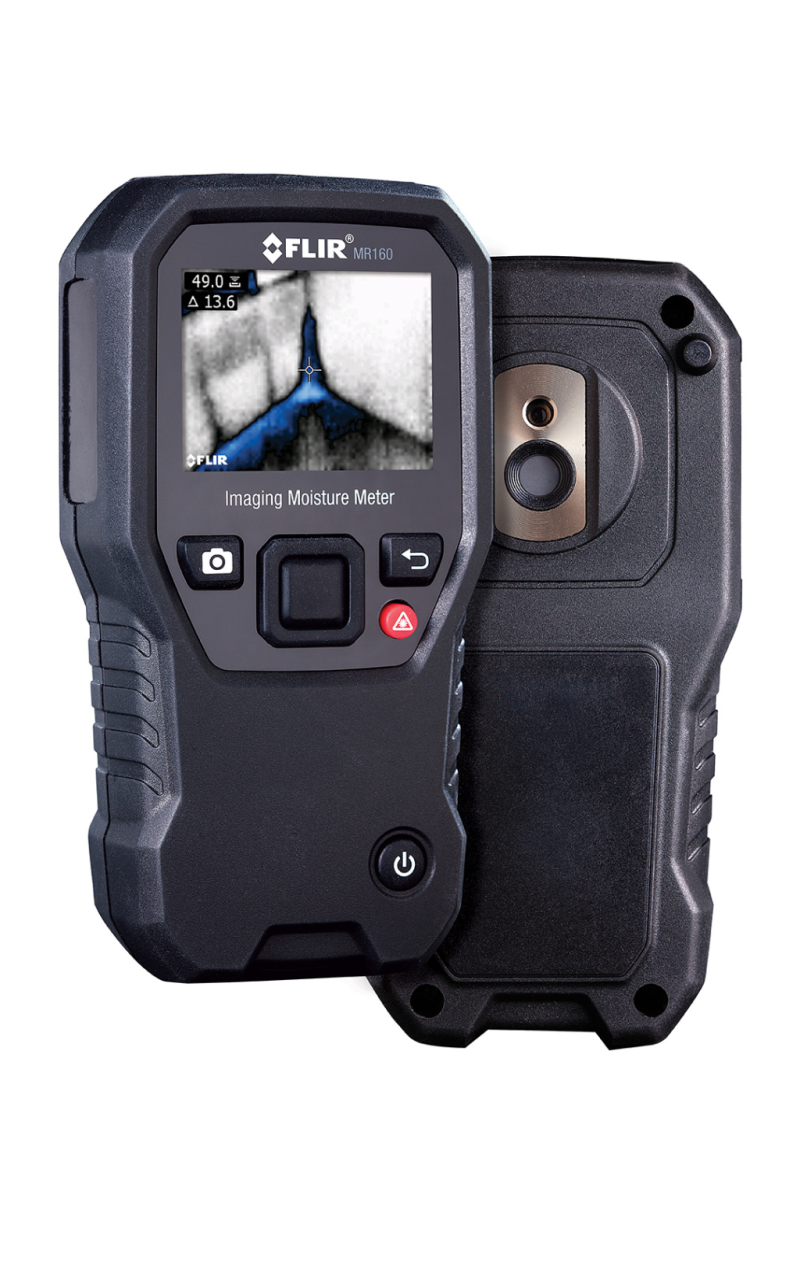 Having taken moisture measurements with his FLIR MR160, Paul also uses his FLIR C2 to confirm his findings and put any problem into context. This is the world’s first, fully-featured, pocket-sized thermal imaging camera, specifically designed for experts in building and industry.  It allows users to take a thermal image at any time, typically to detect structural defects or heat patterns that may indicate energy loss.

Pipes show up clearly in the image, particularly in MSX mode. This is FLIR’s patented multi spectral imaging technology, now standard of all camera models, which provides exceptional image quality in real time.  It extracts the outline detail of structures from the camera’s visual image and blends it with the thermal profile. This makes it so much easier for the user to diagnose a problem.

“FLIR equipment not only makes a professional impression, it also saves me a lot of time,” Paul concluded. “The devices require little explanation, so I could start using them straight away and as they fit easily in my pocket, they are now with me on every job.”