The Graduate Engineer show to step into virtual world for 2015 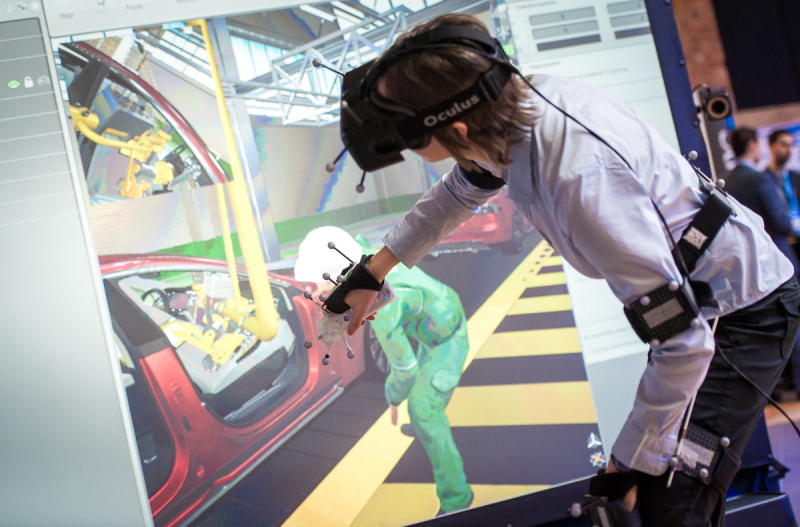 Engineering events specialist GSE Media has announced it will be bringing its highly successful Graduate Engineer Show back to the Derby Roundhouse for a third year and with it, feature attractions from the world of virtual reality.
The Show will be held on Wednesday 28th October and with 80% of stand space already sold – much of which has been bought by returning exhibitors – it promises to be bigger and better than ever.
Over 1,500 engineering students from over 60 universities, colleges and schools attended the 2014 Show, making this the biggest event of its kind in the UK. In previous years, the Shows have been themed around Formula 1 and Space, providing feature attractions and live video link ups, its primary aim being to match Britain’s brightest graduate talent with some of the UK’s most prestigious engineering companies.
The Graduate Engineer Show, created by GSE Media has quickly established itself as a national ‘go to’ event for both undergraduate engineers and engineering employers. Director Ken Davies, said: “Engineering is a high growth sector and so the demand for new talent has never been so competitive. There is no other event like The Graduate Engineer Show in the UK, both in terms of exhibitor list we have been fortunate to secure year on year, and the high regard given by universities and colleges wanting to provide their students with the best possible guidance for their future careers.”
Already signed up to exhibit are major industry employers including Bentley Motors, Rolls-Royce, Jaguar Land Rover, BAE Systems, Ineos, the RAF and many more.
Davies continued: “It’s been widely reported that the UK engineering industry needs 31,000 new graduate engineers every year for the next five years, to keep up with industry demand. Currently there are only around 12,000, so we expect the demand in this market to continue to grow, and the event to continue to flourish.”
The Graduate Engineer Show is a flagship event in GSE Media’s portfolio – also the owners and organisers of The Engineering Simulation Show, The Engineering Testing Show and Engineering4Teachers Conference.