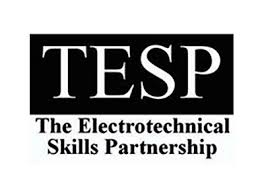 Diane Johnson, chair of The Electrotechnical Skills Partnership (TESP), has warned apprentice numbers will keep falling if the issues around funding aren’t satisfactorily resolved.
Speaking after statistics from the Department for Business, Innovation and Skills (BIS) revealed a drop in apprenticeship starts in the UK during the 2013-14 academic year, Johnson called on the Government to develop a funding framework that supported apprenticeships in skilled industries.
“Unless the Government develops an apprenticeship funding system that supports those industries with a heritage of training apprentices, numbers will continue to fall,” she said. “Employers need a system that helps them train apprentices and the current uncertainty around the future of the funding system is at best unhelpful and at worst off-putting.”
Johnson continued: “In industries like ours, where Advanced Apprenticeships are the established and trusted option for our industry and the majority of apprenticeship training is carried out by small and micro-businesses, apprenticeship numbers will drop if these companies don’t continue to train. The Government’s current proposals put these sorts of businesses at risk of being priced out of apprenticeships or being burdened by excessive levels of administration if they are able to recruit. If this happens we won’t be able to bring in new blood, and this will do untold damage to the industry in the long-term. We’re not the only ones in this position, and failure to find a system that works could hit a range of industries across the UK – with devastating consequences for businesses, industry and the economy.”
She added: “Government has said it wants to put apprenticeships at the heart of the UK’s economic recovery so it must ensure that any funding reforms help, rather than hinder, industries with a legacy of successful apprenticeship training and support employers who want to recruit them. If it does this, apprentice starts will increase year-on-year – and everyone will benefit. If it doesn’t the future looks bleak.”

Cable cleats – getting the message across