Switch range snaps to it 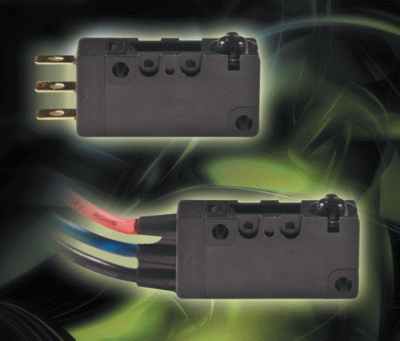 A new miniature snap acting switch for price sensitive applications has been introduced by C&K Components. The TFS Series is available in two versions, is rated to IP40 or IP67 and provides an operating life of up to 100,000 cycles.

One model has .020 by .187 quick connect terminals, while the other has moulded in wire terminals. The quick connect series is IP40 and the lead wire series is IP67. Sealing makes it a viable solution for protection against dust particles or fluids, including perspiration and water.

The RoHS compliant TFS Series subminiature switch features a footprint of 10.30mm x 33mm with a height of 16.10mm, including the actuator. The TFS Series features a maximum actuator operating force of up to 200g and a minimum release force of 10g. Available in a number of circuitry configurations including SPDT (single pole, double throw), SPST NO (single pole, single throw, normally open), and SPST NC (single pole, single throw, normally closed), the miniature switch series is constructed with a 94VO plastic actuator, cover and base with silver alloy movable contacts. The TFS also has the option for a stainless steel lever.

The TFS Series switches feature a contact rating of up to 10A and a minimum/maximum voltage of 125/250V AC. The operating temperature ranges from -40°C to 85°C.

The role of women in engineering