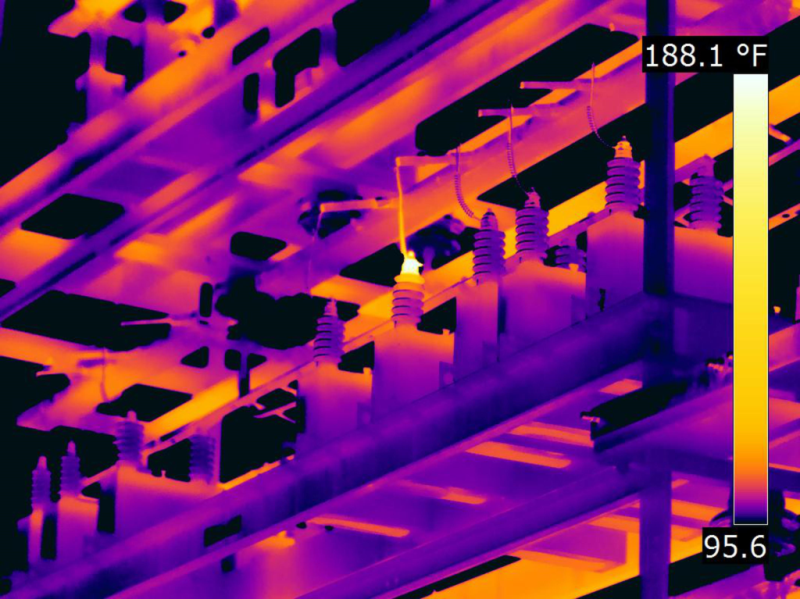 During a routine inspection at a substation, a Pacific Gas and Electric (PG&E) electrician felt heat blast his face as he passed within a couple of metres of an energised transformer bank. Some heat is expected, of course, but the intensity of it alarmed him. He immediately grabbed a handheld thermal imaging camera from his van and within seconds verified that there was a major issue and the system was shut down for investigation.

It soon became evident there was no oil flow in the transformer but detecting the problem early helped the utility company and its customers avoid the impact of a serious outage and safety issue.

Ray Friend, supervisor of the substation’s maintenance and construction team confirmed: “By catching it in time, the repair cost was $300,000 (around £290,000).  If the fault had gone unnoticed we would have faced a replacement bill of $3million (£2.3 million). The repair took a week with a crew of six, about 17% of the time it would have taken waiting for a replacement, which can take months.”

It is cases such as this that prompted PG&E to add 200 Flir E-Series mid-range thermal imaging cameras to its armoury of inspection tools. The purpose was to enable each member of the PG&E maintenance team to investigate immediately any heat anomalies that could signal potential danger. 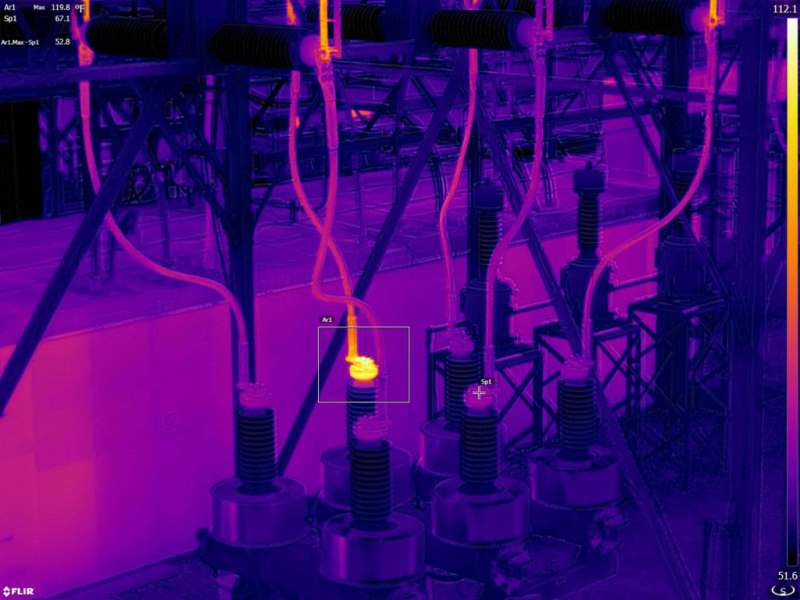 “Safety is always the first thing we think about,” Ray Friend continued. “The crew wants to know that plant is operating within safety parameters whether it’s oil-filled equipment or an air switch under load.  If you’re required to stand at the end of a 5m disconnect stick, ready to rip a switch open, you need to know the switch is properly adjusted and will do what it’s supposed to. That’s what the Flir camera gives us.”

Another benefit is that inspections can be conducted much quicker with Flir thermal imaging cameras than with traditional equipment such as IR thermometer guns. That’s because the guns require scans to be performed close to the target for accuracy, only providing one reading at a time.  Also, they don’t produce an image, making surveys of the many electrical components in a substation a painstaking process.

The Flir E-Series camera, by comparison, provides an instantaneous image and thousands of detailed measurements from a safe distance.  The technology’s potential to increase productivity is clearly evident.

While PG&E continues to use high-end Flir cameras for their more intensive and detailed IR inspections, Ray Friend says the mid-range Flir E-Series models make it possible for his team to use thermal imaging more frequently on their rounds and at a moment’s notice.

He explained: “These cameras are simple to operate, there’s no rocket science involved and you can interpret things on the screen. All you need are a few instructions as to what to look for. They are portable and very rugged, we have them bouncing around in trucks and have had no issues.” 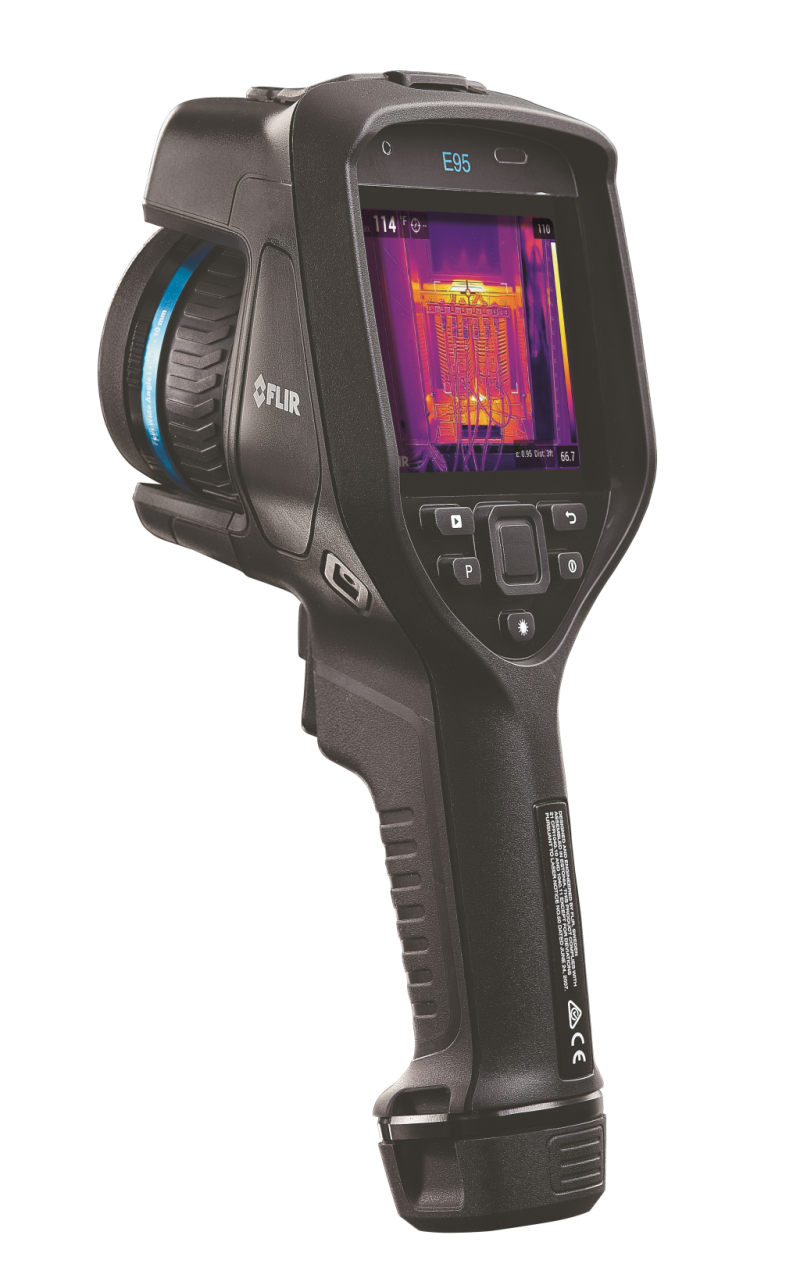 Across the board, Flir thermal imaging cameras have allowed PG&E inspectors to find issues early.

“Normally what they’re finding are loose connections, switches out of adjustment, or regulators and breakers that are running too hot,” Ray Friend continued. “They are also noticing oil-filled bushings and other equipment with abnormal temperature differences that indicate a lack of cooling. We’re catching problems a lot sooner, in time to deal with them properly and safely, and long before failure.”

This gives PG&E much better control over a situation, allowing the company to target and plan repairs more effectively to prevent expensive emergencies and shutdowns. With the ability to uncover hidden problems well in advance, they can be repaired instead of being replaced.

“The affordable point-and-shoot cameras have paid for themselves in no time,” Ray Friend concluded.