If you use a thermal camera for inspections every day, you’re likely to be familiar with thermal tuning to get the most accurate image. You want to get the image you need quickly, without wasting a lot of time in the field making manual adjustments. FLIR ‘1-Touch Level/Span’ is said to solve that problem. 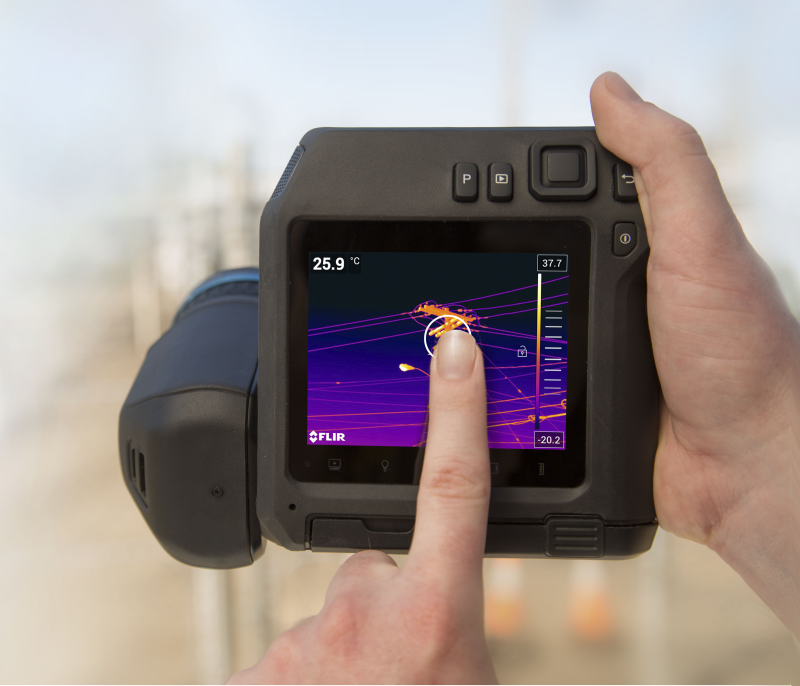 1-Touch Level/Span allows you to choose a small area of focus in a thermal image, with one touch of the screen, and the camera will auto-adjust the level and span based on the thermal contrast at that spot in the image. The result: time saved on manual adjustments. Use the touchscreen to choose an object or area of interest with one quick tap, and a circle will come up around the object or area you selected. The camera will automatically narrow the span to clearly represent the temperature span and level inside that circle, providing focused detail in the thermal image to better highlight issues.

The benefit is you can dial in on the problems and details you care about. 1-Touch Level/Span allows you to ignore all the areas of the image you are not interested in by narrowing the span. For example, have a look at figure A, a thermal image of a pole-mounted trans­former with the sky in the background.

Let’s say you want to know the temperature of the hot spot and are not concerned with the temperature of the sky. If you touch the area of the transformer on the screen, a circle will pop up around the spot you selected, and the temperature span will adjust to show the highest and lowest temperatures within the circle (as shown in figure B). The contrast in the thermal image will increase, enhancing the image detail and improving your ability to spot a problem or even notice new failures – especially when small temperature variations can make the difference.

1-Touch Level/Span can also be helpful for building diagnostics and electrical inspec­tions, particularly when you’re aiming the thermal imager at a target with an opposite extreme temperature in the background – like a hot boiler or a freezer. The presence of two opposite extreme temperatures in the scene – your target and the background object – will force the camera to widen the span in the thermal image, which in turn reduces contrast.

Recognising the utility of 1-Touch Level/Span, FLIR engineers built this option into the new T500-Series Professional Thermal Imaging Cameras. The series – consisting of the T530 and T540 cameras – is designed to support advanced thermographers and IR service consultants in the power generation, electrical distribution, and manufacturing industries by focusing on resolution, speed, and ergonomics. The thermal imaging cameras feature a 180° rotating optical block, vibrant LCD display, and streamlined form factor, providing inspectors the necessary tools to support comprehensive inspections in challenging conditions, especially when equipment is obstructed from view or difficult to access. 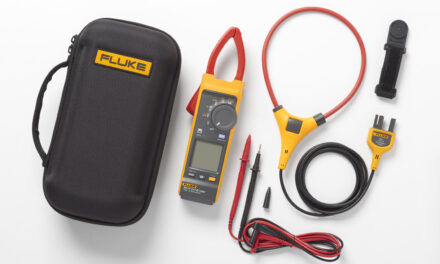 Ensuring you have the correct kit