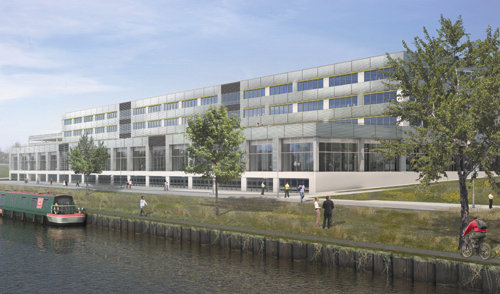 Dieselec Thistle will providing the standby generator for the International Broadcast Centre (IBC) in the Olympic Village. Big enough to house five jumbo jets and designed to provide facilities for around 20,000 broadcasters, photographers and journalists as they communicate the 2012 London Olympics to a global audience of four billion, the IBC is a technically advanced media centre that will operate 24/7.

Any interruption to the power supply could halt media coverage. Dieselec Thistle were therefore contracted to supply and commission a standby generator for mission critical systems.

The Dieselec Thistle team delivered the 200kVA generator with acoustic enclosure to site and commission the kit post installation, including extensive load testing and controls trials. The contract is one of a number of projects that Dieselec Thistle is carrying out within the Olympic Village, which include the provision of standby generators for several hotels.

Dieselec Thistle’s managing director, Paul Moore, commented, “In terms of the size of the kit we’re putting in at the IBC this may not be a big job, but its significance in ensuring that media coverage of the 2012 Olympics is delivered globally without any glitches is massive. Our expertise will ensure that both the organisers and the world’s media can be completely confident that coverage will be uninterrupted even if there is an issue with the main power supply.”