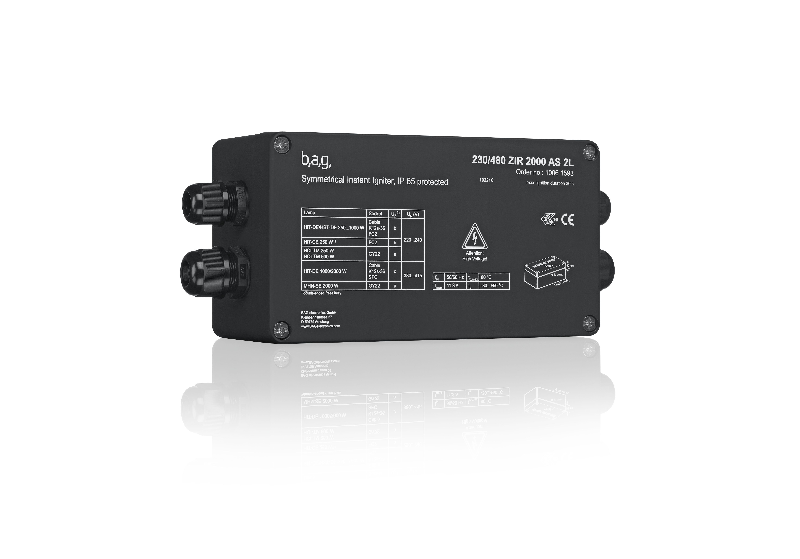 It is very easy to lose sight of the importance of the ‘out of sight’ components in many of our electrical circuits, but they often make a big difference. David Scott of b,a,g, electronics explains with reference to lighting circuits

When we think about lighting systems, much of the focus tends to be on the light source and the luminaire. This is hardly surprising because they are the most visible elements of a lighting system – but it also pays to spare a thought for other components such as control gear and igniters.

To explain why, it’s interesting to look at some examples of the role that such components play. For instance, one of the challenges faced by users of high intensity discharge (HID) lighting installations is the traditional inability of HID lamps such as metal halide and high pressure sodium lamps to re-strike when they are hot. This means that once they are turned off, perhaps by a power cut, they cannot be switched on again immediately.

This situation certainly poses a safety hazard in factories, warehouses and retail ‘sheds’ where such lighting tends to be used and is why a proper emergency lighting system is essential. However, when it comes to floodlighting a sports event to suitable lux levels for television, emergency lighting just isn’t up to the mark. And even if the power is restored immediately there is a long delay before the lamps can be re-struck – as much as 20 minutes for metal halide lamps!

Therefore, to avoid such a catastrophe the organisers of major televised events will often deploy huge portable uninterruptible power supplies to ensure the lighting stays on. Mounted on large lorries, these represent a very expensive insurance policy.

The organisers of the recent Euro 2012 football championship, however, adopted a different approach by making use of a patented electronic ‘hot re-strike ignitor’. In the event of a power cut, these ignitors would have enabled the 2kW HID floodlights to re-strike within a fraction of a second of power being restored – a very ‘striking’ example of a hidden component that makes a big difference.

Clearly, these benefits can be applied to other, less exotic, uses of HID lighting, such as high bay lighting in manufacturing facilities and security applications.

Components in lighting systems also play a key role in many other applications, such as the control gear that is used to run linear and compact fluorescent light sources. Fluorescent control gear is classified within the Energy Efficiency Index (EEI) so its rating is a good guide to efficiency. Particularly significant is the difference betwee 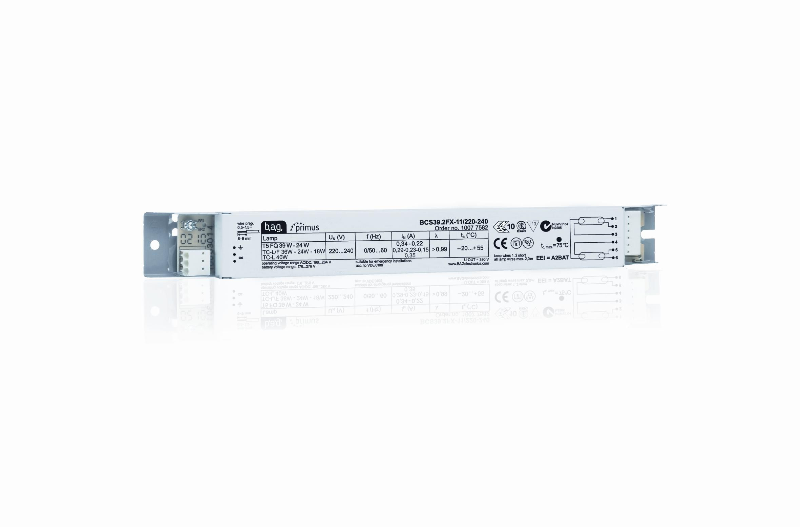 n A2 ballasts and A2 BAT ballasts, as explained below.

Within the EEI, ballasts are labelled A,B,C or D and most ballasts below the A band have been phased out. Within the A band ballasts are classified from A1 (dimmable ballasts) to A3 (standard electronic ballasts). Due to recent advances in technology there are also two grades of A2 ballast – standard A2 and A2 BAT (best available technology). A2 is a standard low-loss ballast that would typically be found in a new non-dimmable fluorescent luminaire of a good quality. A2 BAT has been introduced as a new ‘best in class’ standard for fluorescent control gear that offers considerable cost and energy savings.

These benefits can be illustrated by considering an installation using 250 luminaires, each fitted with 4 x 14W T5 fluorescent lamps and comparing the costs of using A2 or A2 BAT ballasts. When the lighting undergoes a typical switching cycle, the A2 BAT installation will cost £1,450 less to run per annum than an installation using standard A2 ballasts (based on £0.12/kWh). When the lighting is left on continuously, these savings increase to over £3,000 per annum.

Consequently it makes sense to ensure A2 BAT ballasts are specified for any new lighting and in many circumstances it will also prove even more beneficial to replace older ballasts with A2 BAT, which would show an even greater saving. This is clearly something that end clients will be unaware of and will need to be explained to them by their electrical contractor or specifier.

A quite different type of benefit can be achieved with a ballast that controls the inrush current to the 70W metal halide display lighting often used in retail environments. Typically, each circuit in such an application is restricted to 23 fittings because the inrush current – of around 40A -would trip the circuit breaker if more were used. However, by using a special ballasts that reduces the inrush current to just 1.4A at the moment of ignition this number rises to 37 light fittings on a circuit. The key benefits here are reduced capital costs by having fewer circuits and greater flexibility to extend the lighting in the future without renewing the entire electrical installation.

Another important point to mention is the fact that such components are continually being upgraded to enhance their performance. So anyone involved in specifying or installing lighting systems needs to ensure they are up to speed with the latest developments. Choosing the best components can make a big difference to the performance of the system and the value of the solution to the end client.

Megger’s free belt pouch takes the strain out of testing

Next generation of anpr showcased at parkex