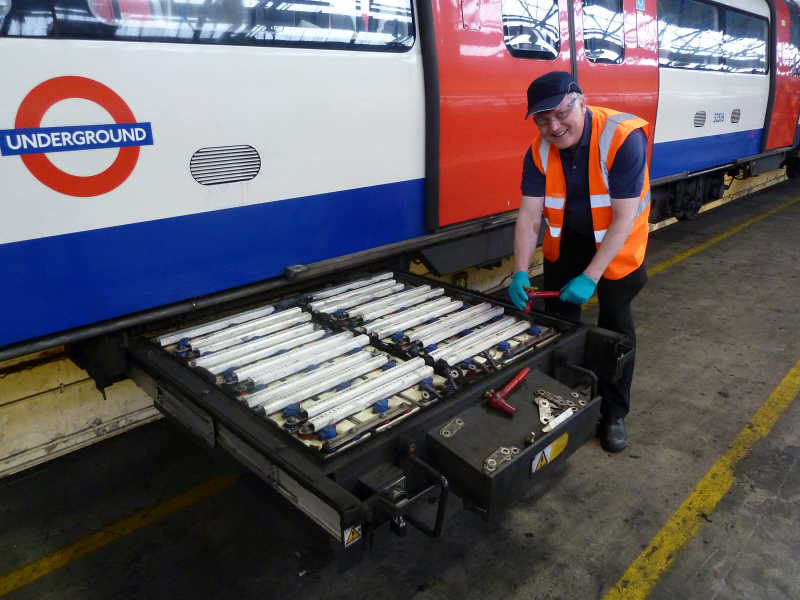 Saft, a designer and manufacturer of high-tech industrial batteries, has been awarded a contract worth over €1m by Alstom to supply nickel-based SRM onboard power backup batteries for metro trains on the London Underground Northern Line. This replacement contract follows the proven performance and reliability demonstrated by the original time-served onboard batteries first supplied by Saft in the 1990s.

Saft supplied the original batteries for the Northern Line’s ‘1995 Stock’ trains, which entered service in 1998. The batteries provide backup power for essential safety and passenger comfort systems in case of an interruption to the main power supply. These include the radio, train control, passenger announcement and CCTV systems.

Alstom Transport UK maintains the rolling stock on behalf of London Underground through a long term service contract that is due to run until 2027. Alstom will replace batteries on two trains per week from April 2015. Saft was selected following a competitive tender process managed on its ALTeS (Alstom e-Sourcing) system. Under the contract Saft is supplying a total of 212 of its SRM batteries to Alstom’s Golders Green Traincare Centre, where they will be installed on the 106 metro trains that serve the Northern Line.

The new SRM batteries are based on the existing well-proven, robust and reliable nickel-based design for railway applications. They have the advantages of a long service life and extended service intervals, with topping up only required at two-year intervals. The batteries feature a unique, low-height design to fit inside the battery compartments underneath the ‘1995 Stock’ metro trains.

Matt Goff, purchasing manager for Alstom said: “Alstom has a long term commitment to maintain the Northern Line rolling stock and awarded the contract to Saft because of its confidence in Saft’s technology, competitive price, extended warranty and proven reliability.”

The Northern Line is one of London’s busiest tube lines and carries more than 250 million passengers per year between 50 stations over a 58 km length that includes two branches deep below ground level in central London.