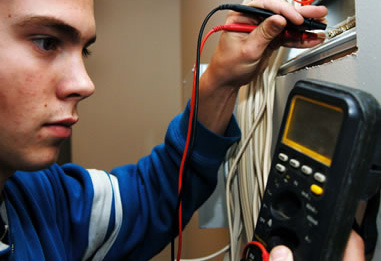 The government accepted the committee’s view that Part P has raised standards, and stated that it would not proceed with changes that reduce safety. The government has yet to clarify its position on reducing the number of notifiable works.

The Select Committee also recommended that a strengthened Part P regime would be preferable to mandatory registration of electricians, saying any decision by government should be deferred until more evidence is available. The government advised it would report back to the committee on whether mandatory registration is required within two years of the updates to the regulations, introduced in April 2013.

Steve Bratt, ECA Group CEO, said, “While the government’s commitment to safety is to be commended, the best way to raise standards is to make membership of Competent Persons Schemes mandatory for all contractors. This will eliminate the cowboys and ensure only competent electricians operate in the market. We would also like to see a move to risk based assessment which rewards good practice. This will do far more to maintain safety than simply punishing incompetence.”

Emma Clancy, NICEIC CEO, added, “Electrical contractors want clarity in the building regulations and a fair, enforceable electrical safety regulation that rewards the safe, compliant contractor over the bad. We’re pleased that the Select Committee thoroughly investigated all aspects of Part P and that CLG has responded positively to a number of the points raised.”

In February this year Emma Clancy and Steve Bratt were among a panel of leading electrical contracting industry figures called in front of the Communities and Local Government Select Committee to discuss the case for retaining electrical safety as part of the building regulations.