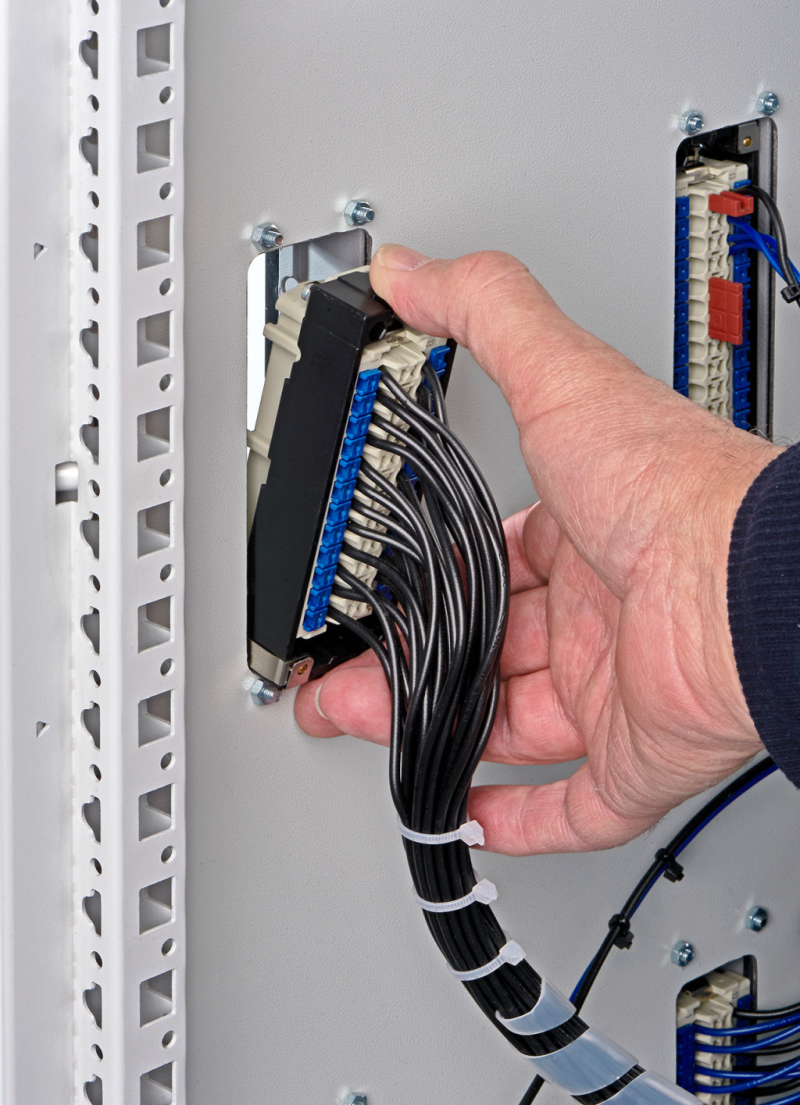 The metal hoods and housings of the Han® B, EMC and M series now offer rear mounting options for contact inserts, a solution which greatly simplifies the preassembly of interfaces for control cabinets.

With the new Han® metal housings, it is possible to lock the prefabricated inserts directly from the rear into the bulkhead mounting housing from the interior of a control cabinet. In the past, Han® inserts had to be conducted from the inside of the cabinet through the panel cutout, before they could be preassembled outside. After that, they were pushed back and fixed into the bulkhead mounted housing.

In the newly designed metal hoods and housings, the insulation bodies are inserted into a plastic holding frame that snaps safely into the aluminum die-cast enclosure, supported by a lug. To achieve protection in accordance with class IP65/66 and to guard against the effects of UV radiation and ozone, the flange rubber seal is laid completely into the interior of the housings. The housings of the Han® M series were redesigned according to the same principles. Han® M hoods are particularly suitable for harsh environments, for example, on the exterior of wind turbines.

By the end of this year, rear mounting inserts with a continuous 360°-degree shielding will also be available. With Han® EMC, the shielding is always on the metal hood or housing, with the hoods requiring special EMC cable glands.

With the new mounting options, the preassembly of cabinet components becomes simplified and increasingly efficient, as more elements of control cabinets, machine modules and cable harnesses can now be prefabricated separately. As a result, the proportion of prefabrication increases and the overall assembly costs decrease. Further cost savings are achieved as the new and old variants of the Han® metal hoods and housings are completely compatible with each other.