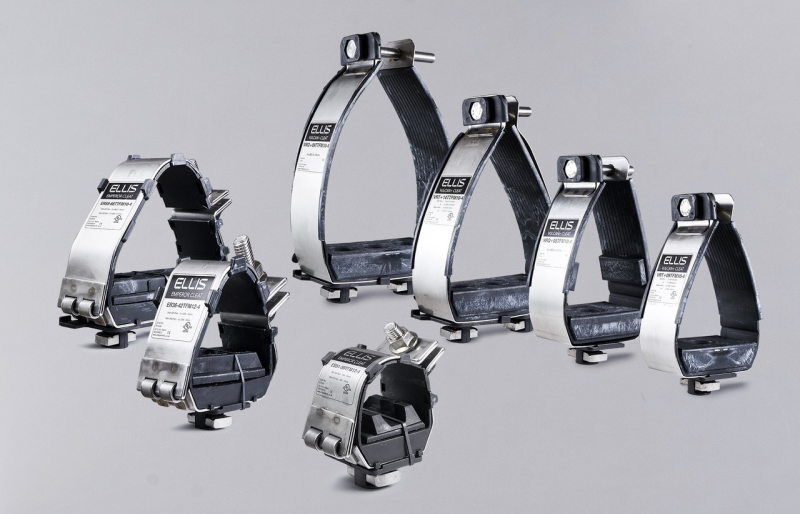 The world’s leading cable cleat manufacturer, Ellis has revealed one of the secrets to its continued success – an in-house R&D facility that enables it to deliver new production ready products in a matter of days.
The team of Ellis engineers, led by technical director, Stephen Walton, recently highlighted this capacity by developing a twist foot fixing mechanism that reduces installation cost and time for its Emperor and Vulcan+ cable cleats in less than a fortnight.
Stephen said: “Emperor and Vulcan+ have been the best-selling cable cleats in the world for years, but as a business that always strives to innovate we are continually looking at ways to improve on everything we do – even if it involves global favourites.”
“Our aim with twist foot was to create a fixing solution that would make installation quicker and easier, while at the same time sacrificing none of the products’ strength or reliability.”
Utilising its 3D CAD rapid prototyping facilities and Stratasys Objet 24 and 30 printers, the development process began with a brainstorm at Ellis’ Rillington headquarters in North Yorkshire during which possible solutions were suggested and sketched. The most popular of these were then drawn up in 3D and printed overnight.
Samples were then cleaned, assembled and function tested the following morning – a process that highlighted promising designs and allowed others to be discarded.  The promising designs were then refined and reprinted over the following days until a final version was agreed on and a functional prototype printed and passed on to sales and production for feedback.
“Taking a product from an idea in a brainstorm to a fully functional, production ready prototype in less than a fortnight goes to show what is possible with today’s technology,” added Stephen.
Traditionally, creating a production ready prototype would have required the development of injection moulding tools, which involved significant investment in time and resource, and typically took six to eight weeks to manufacture. And once received only small changes to the tools were feasible, meaning any major alterations added another six to eight weeks to the entire process.
“In the past we have developed bespoke solutions for specific projects, but the timescales were much longer because of the need to outsource prototype tooling production to injection moulders,” concluded Stephen.
“The beauty of our in-house service and the harnessing of 3D printing technology is that we can now work within the tight timeframes of a live project and ensure it doesn’t lose any momentum by delivering bespoke solutions to installation issues in days. This capability really could be a global game changer.”
The new product
Ellis’ new twist foot cleats, which are supplied pre-fitted on its Emperor and Vulcan+ cleats, are suitable for all installations using cable channel and ladder with inverted rungs. There are single footed versions for cables in trefoil up to 58mm, and double footed versions for cables with diameters ranging from 59mm to 128mm.
The single version locks in place with nothing more complex than a 90 degree turn and the tightening of the integral securing bolt, while the double footed version is secured with tabs that are simply rotated 90 degrees to engage the channel nut, before the securing bolt is tightened.
For further information on Ellis’ twist foot Emperor and Vulcan+ cable cleats and its innovative approach to product development visitwww.ellispatents.co.uk or call +44(0)19447583965.
Follow Ellis on Twitter at @ellispatents.

Opening the door to major flexibility