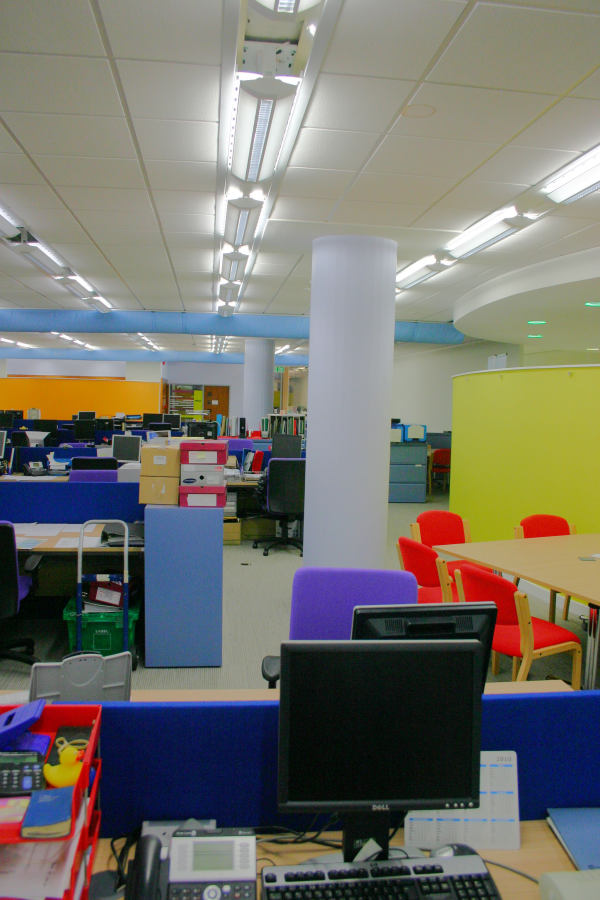 Going back a decade or two the first port of call to look for energy savings would have been the heating systems as these were far the biggest consumers of energy in most buildings. However, as buildings have become better insulated,  heat losses to the outside have been greatly reduced.

Consequently the contribution of lighting to overall energy consumption has increased significantly. It has been estimated that lighting accounts for around 30% of carbon emissions in a typical modern office building. So it’s unsurprising that specifiers are taking a closer look at lighting and what they can do to make it more efficient.

The key issues when reducing lighting energy consumption are the efficiency of the light source, photometric efficiency of the luminaires and the way the lighting is controlled. In addition, total cost of ownership and return on investment are  influenced by factors such as lamp life and maintenance costs.

Light emitting diode (LED) light sources illustrate this point very effectively. LEDs have been hailed as the panacea for energy efficient lighting for many years, but early LEDs were certainly the source of disappointment for many specifiers.  Essentially, they didn’t deliver the light output, lamp life and colour temperature consistency that was required for effective ambient or feature lighting and tended to be confined to signage or applications where light output wasn’t so critical.

Claimed benefits of LEDs have been so heavily publicised that energy/facility managers have been given the impression that they must switch to LEDs if they are to achieve their sustainability goals. In reality however, high efficiency T5 fluorescent light sources (in luminaires that have been optimised for T5) combined with effective controls, still offer the best solution in terms of criteria above.

One of the reasons is the return on investment, particularly important where organisations are reluctant to invest in building improvements unless they can see a reasonably quick payback period. With LEDs the criterion that mitigates against a fast payback is the cost of lamps – typically ten times that of a linear or compact fluorescent lamp. LED luminaires also tend to be expensive compared to fluorescent luminaires, simply because of the economies of scale in relation to the volumes sold.

Given this huge difference in price there needs to be a significant reduction in installed electrical load to deliver an acceptable return on investment. This, in turn, depends on what type of lamp the LEDs are displacing. If a 50W halogen lamp is being replaced with a 7W LED then there is clearly a massive reduction in installed load and the investment is easily justified.

The situation is not as clear when it comes to LEDs as an alternative to already-efficient fluorescent light sources. Indeed, there are some 600mm x 600mm LED fittings on the market that will consume as much power as a 600mm x 600mm fluorescent fitting. 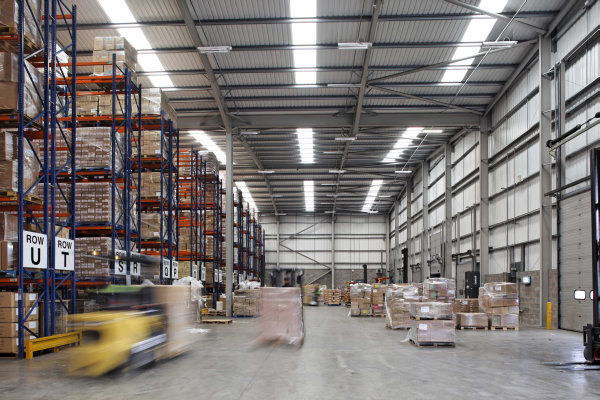 Other factors that contribute to total cost ownership will be long life of LEDs resulting in reduced maintenance costs.  Certainly high quality LEDs offer a longer life than a standard T5 fluorescent lamp – some LED manufacturers claim up to 45,000 hours.

T5 technologies have also improved in recent years and there are now lamps on the market with a life of nearly 20,000 hours, and some special premium T5 lamps claim a 45,000 hour life. In these circumstances it’s necessary to calculate whether the maintenance savings sufficiently offset the extra cost of the LED lamps.

Other considerations are the likely life of the lighting installation. Office lighting is typically replaced every six to seven years and retail applications two to three years, so it’s worth questioning the value of a high capital cost installation in relation to its projected life.

For refurbishment projects the previous lighting will also impact on the calculations. Upgrading from older T8 fluorescent lamps is a very different situation to upgrading from T5 lamps, for instance. In this case, changing from T8 to T5 will nearly always be a more cost-effective option than installing LED lighting.

Or there may be a requirement to replace high or low bay SON lighting with a more efficient alternative. A 400W SON lamp in a high bay fitting can be replaced with a 4 x 55W T5 fitting to give a comparable light output with an immediate reduction in energy consumption.  T5 lighting also opens the door to more sophisticated control for even greater energy savings especially as LEDs would not have the sufficient light output for mounting heights of this type.

I am not against LED lighting as it has great potential as light outputs increase and there are a number of applications that lend themselves perfectly to LEDs. However, specifiers need to be aware that alternative lighting sources may be the better solution.

As energy bills surge, lighting is a smart place to start to unlock tangible savings