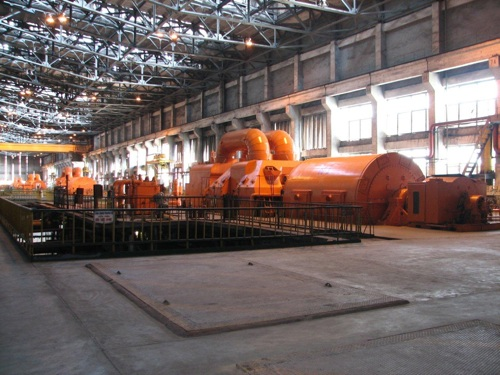 Sensonics has recently secured new contracts for their Sentry G3 machine protection system, with a number of successful installations at power plants in China, and in Vietnam at the PhaLai Thermal Power Plant.

In conjunction with local agents AKA Vietnam, Sensonics supplied transducers and a Sentry G3 Turbine Monitoring / protection system for the 110MW Russian built turbine operating at the PhaLai Power Plant. These were for a wide range of applications including shaft position, high and low pressure cylinder expansion, turbine block expansion, shaft vibration, eccentricity and speed. The PhaLai site has two power plants, an older facility with eight boilers and four 110MW turbines, all Russian built and a newer facility with two boilers and two Japanese manufactured 300MW turbines.

The retro-fit project was fairly complex and included a number of measurement modes that the Sentry G3 system was required to monitor. For example, Shaft position measurement and protection, where the relative position of the turbine shaft is monitored within the bearings. The system automatically shuts down the turbine if the relative position moves outside a pre-set window. For the 110MW machine, this occurs should the shaft move towards the generator side by more than 1.2mm or when the shaft moves towards the turbine side by more than 1.7mm (-1.7mm to + 1,2mm allowable movement).

The measurement was implemented on the turbine utilising proximity sensors mounted opposite a collar machined as part of the shaft. A similar technique was also utilised for both the HP (high pressure) and LP (low pressure) cylinder expansion channels.

A Sentry G3 module is capable of implementing a range of measurement algorithms – for the PhaLai project one module hardware type was used to cover all channels (24 channels in a 3U x 19” footprint) thus simplifying the customer spares holding. Another example of the system flexibility is the HP eccentricity interlock – the algorithm was loaded in to the module and configured to measure true peak to peak shaft eccentricity between speeds of 3rpm and 300rpm. The algorithm processes the signal with a 50-pole digital tracking filter when in this speed window to eliminate the effects caused by shaft imperfections. Above 300rpm a standard RMS technique is utilised up to the running speed of 3,000rpm, similar to the standard shaft vibration measurement utilised on the other rotor sections, where the radial movement is monitored within the bearings.

A speed algorithm was loaded into the last channel to cover the measurement range of 0-4000rpm, providing two alarms for over speed of ten percent and 16% in comparison with the rated speed. In addition this channel provides a phase marker output for harmonic analysis of the vibration signals.

Following the installation of the Sensonics system on the older Russian built turbine, engineers at the PhaLai plant have been very satisfied with the performance and as a result are keen to use Sensonics monitoring systems again in the future on other machines.

Are your panels too hot to handle?