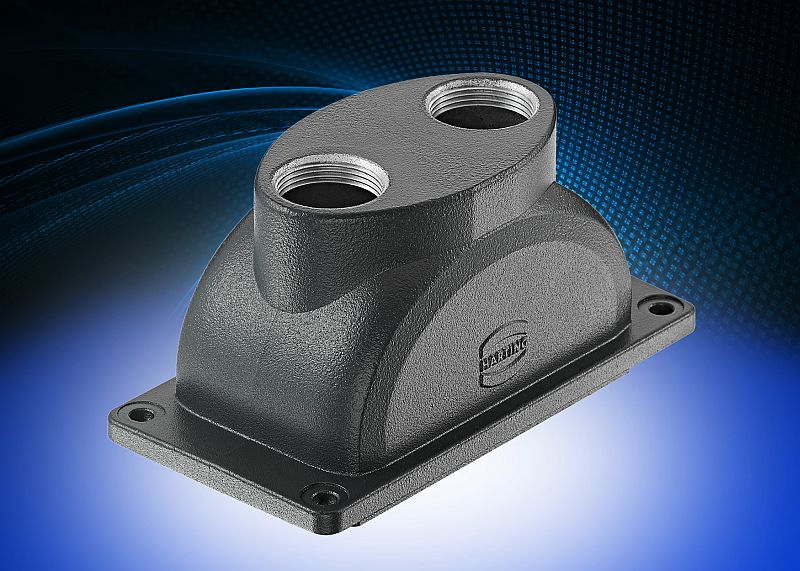 HARTING has introduced a robust pluggable feed-through connector housing to its Han-Yellock® connector family that eases the laying of cable through different rooms in industrial environments. The new panel feed-through not only facilitates handling, but also offers considerable robustness along with an IP 67 degree of protection in the plugged-in condition.

As well as being pluggable, the Han-Yellock® feed-through systems features a bulkhead-mounted housing which has been complemented by the addition of a metal housing whose shape is similar to the upper part of the housing of the standard Han-Yellock® connector.

Ease of handling results from the fact that cable sets can be completely pre-assembled and installed with the flange at the point of penetration. The robustness achieved by this arrangement means that the housings are impact-resistant on both sides of the connector and provide IP 65 and 67 degrees of protection for inserts when mated.

The Han-Yellock® feed-through housing is ideal for use in modular production lines consisting of machines in multiple rooms. The high IP protection class also makes this type of feed-through particularly suited for harsh environments where connections are exposed to fluids or dust. 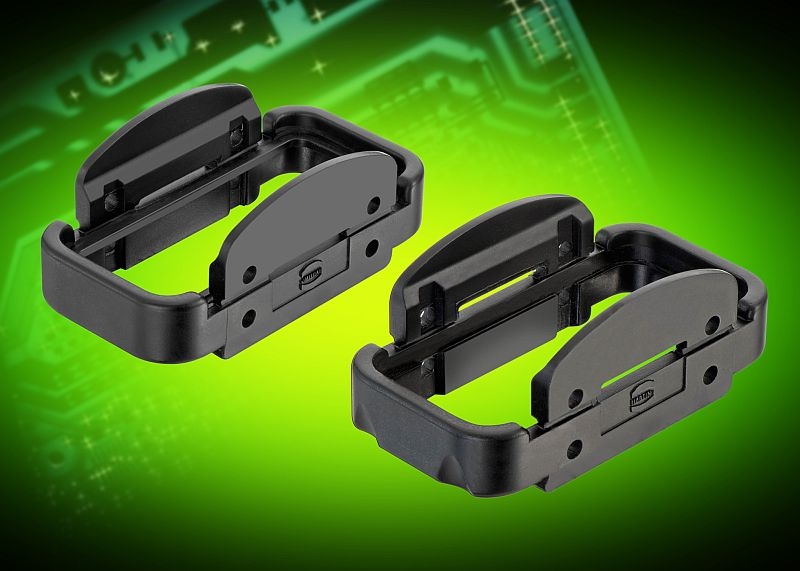 HARTING has expanded its Han® B industrial connector product portfolio with the addition of Han® Hood Link: a new locking system that speeds cable-to-cable connection by allowing the connection of two standard HARTING 16B hoods while simultaneously achieving an IP 65 degree of protection.

A key feature of the new connection is that it is made from a resistant elastomer which provides optimum protection against external mechanical forces, as well as good resistance to oils and gases. When used in conjunction with a specially contoured design, it achieves locking and sealing in a single action. As a result, housings can be quickly assembled and disassembled with minimal effort – all without tools.

A further product variant also permits housings to be locked together with both bulkhead and surface mounted housings.

This type of simple and robust locking element is particularly useful in concert and stage installations, since it minimises the risk of connectors falling from heights and the associated damage to the locking device on impact. This impact can be prevented by the elasticity of the new Han® Hood Link, which enables external mechanical forces to be absorbed. It also allows cables in machinery to be pre-assembled quickly and conveniently. 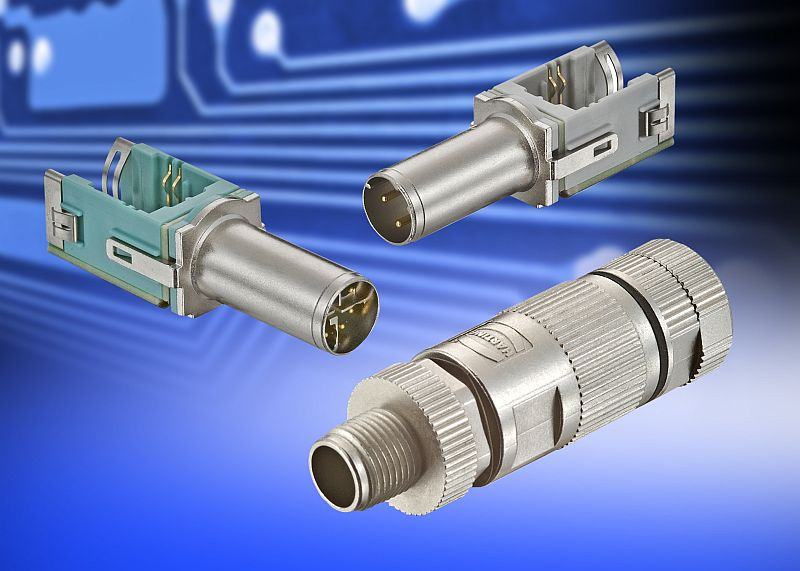 HARTING has expanded its connector family based on Ha-VIS preLink® technology by adding a robust universal M12 connector housing designed to incorporate a range of connector modules.

New modules that can be used in the M12 housing include a D-coded version for 4-core data cables with transfer rates of up to 100 Mbit/s or a variant with X-coding for 8-core data cables, suitable for applications at up to 10 Gbit/s.

Among the special features of HARTING’s preLink® connection technology is a terminal block connected to the individual cores of the data cable via internal insulation displacement terminations which remain stable over time and are vibration-proof. The cable assembled in this way is attached securely to the connector by means of spring contacts fitted in the module, enabling stringent shock and vibration requirements such as those specified in the DIN EN 50155 railway standard to be met.

The module is also designed with a shielding spring which creates a reliable contact between the cable screening and the metallic M12 housing. A set of seals with a slotted design ensures additional security.

How to control Shim tooling costs