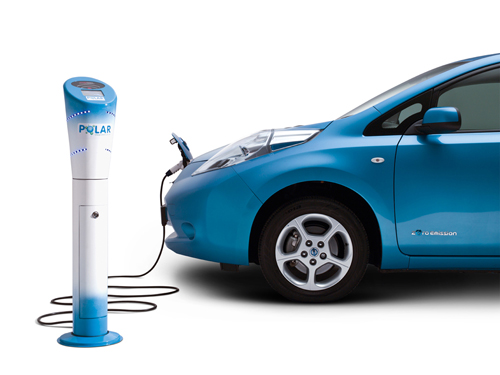 Chargemaster, a supplier of electric vehicle (EV) charging points, has launched its POLAR network of charging points in Oxford this week in the presence of transport minister Norman Baker MP.

Oxford has been proposed as a ‘centre of excellence’ for the use of EVs because of its high density of charging points and the proposed launch of the Hertz On Demand electric car sharing club to help attract the everyday use of ultra low carbon vehicles.

Chargemaster and Hertz On Demand have signed a Memorandum of Understanding to launch the operation of an electric car sharing club in Oxford. It is proposed that ten electric Nissan LEAFs will be available to book 24/7 online from www.hertzlondemand.co.uk for rental by the hour, day or week and will be situated in university campuses, street locations, local car parks, major employers’ car parks and other strategic locations across the city and surrounding areas.

The network of 64 charging points will give Oxford one of the highest densities of charging points anywhere in Europe, courtesy of the POLAR network. All of these sites provide the ability to fast charge suitably equipped cars at a rate over twice as fast as standard charging. POLAR is the UK’s national, privately funded, electric car charging infrastructure expected to cover the 100 largest towns and cities across the country by next year.

POLAR plans to install a further 50+ charging points in the Oxford and surrounding area over the next 12 months including a number of rapid charging units which enable electric cars to be re-charged in around 20 minutes. A further 100 charging points are available within 40 minutes’ drive from Oxford and all these points will be accessible to Oxford EV motorists at such locations as Silverstone race circuit, the Oxford Belfry hotel, Cheltenham and Warwick race courses and regional shopping centres such as Milton Keynes and Bicester village.

The people of Oxford will have access to one post per two thousand five hundred residents, overtaking the likes of Amsterdam and Paris to claim the title of the electric vehicle capital of Europe. The Dutch capital only offers one post per four thousand people.

The likes of Barcelona, London and Cardiff are also featured in the top ten list compiled Chargemaster.

This development has been supported by both Oxford city and county councils, as well as Oxford Brookes University and has resulted in there being more electric vehicle charging points in Oxford than petrol stations, eliminating the fear of running out of charge by ensuring there is always a post nearby.

In the next 18 months it is predicted that 29 new models of plug-in cars and light vans will be launched in the UK market by manufacturers including BMW, Volvo, Nissan, Renault, Ford and Vauxhall. It is widely expected that up to one car in ten sold in the UK by 2020 will be electric or plug-in hybrid.

Call for engineering and technology #DifferenceMakers to come forward