One alarm for all fire types 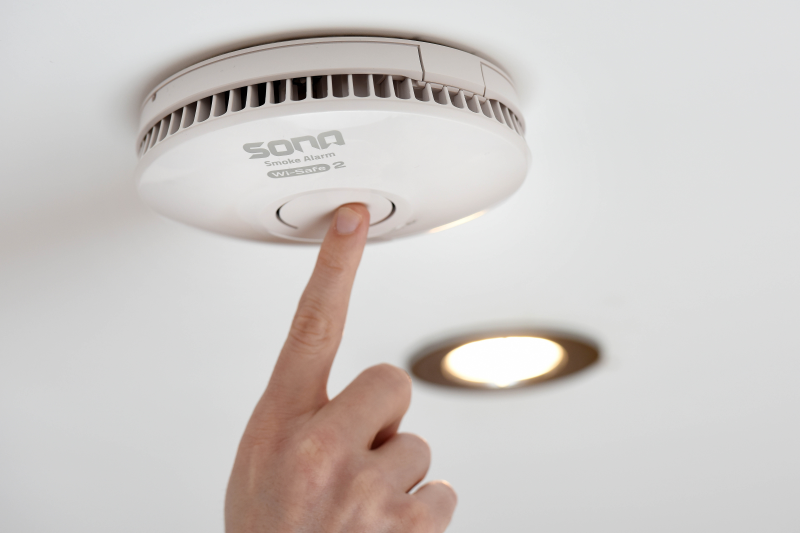 It’s common knowledge that the utilisation of smoke alarms helps save lives and homes. However, traditional solutions, such as ionisation and optical smoke alarms, offer contrasting benefits that can make correct specification confusing and difficult. Jeremy Roberts, Sales Director at Sprue, discusses how SONA is utilising the technology used and trusted by the UK Fire and Rescue Service to drive the mains smoke alarm market towards a simplified alternative.

The Fire and Rescue Service is called out to approximately 50,000 domestic fires per annum, leading to almost 500 deaths and 11,000 injuries caused by fire. From these statistics it’s quite simple to see the importance of smoke alarms, meaning correct selection is absolutely essential.

The two most common forms of domestic smoke alarms used throughout UK housing stock are ionisation and optical, both using different methods of detection. 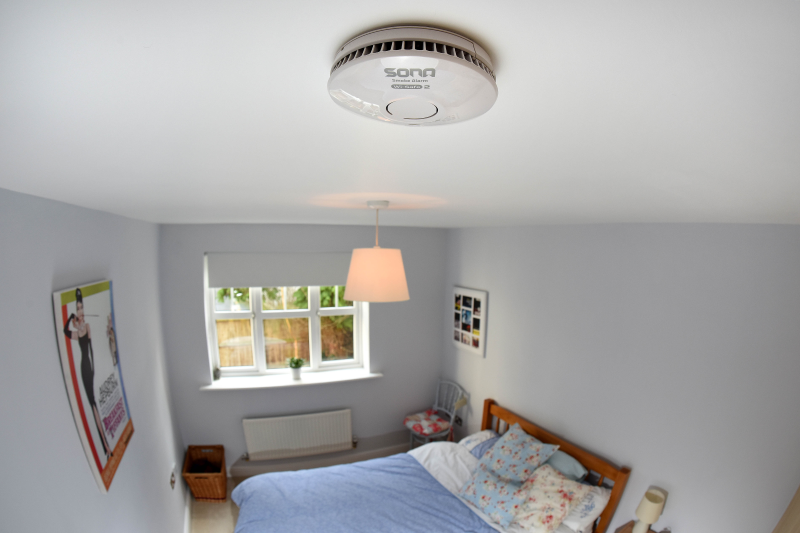 Historically, ionisation smoke alarms have been the most popular. The smoke alarm has a small amount of radioactive material between two electrically charged plates, which ionizes the air and causes current to flow between the plates. When smoke enters the chamber, it disrupts the flow of ions, thus reducing the flow of current and activating the alarm.

Although ionisation smoke alarms are very sensitive to small particles of smoke produced by fast flaming fires, such as chip pan fires, they do have a tendency to generate a large number of nuisance alarms, mostly from toasters, which can lead to end users removing the battery or completely removing the smoke alarm.

This can be seen clearly in recent statistics from the Department for Communities and Local Government that revealed a smoke alarm was present in 19 per cent of all dwelling fires in the UK but did not operate. 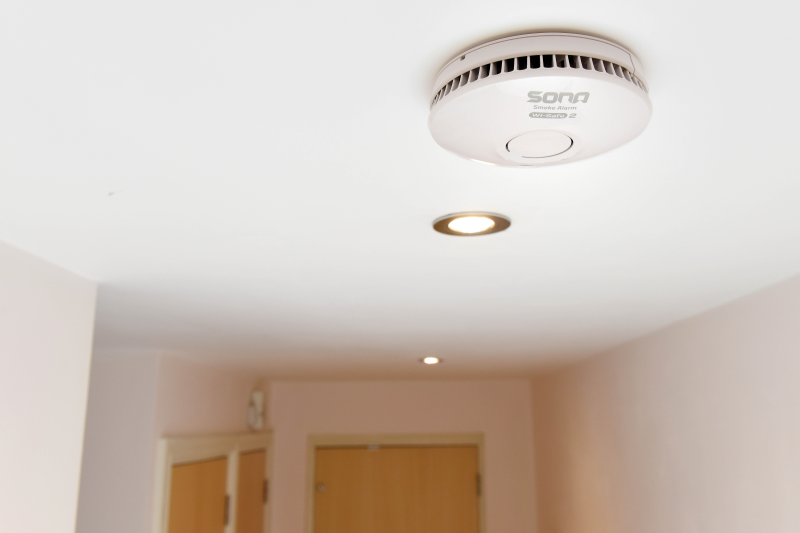 Optical smoke alarms are more responsive to fires that begin with a long period of smouldering, such as fires caused from cigarettes, and are less likely to cause nuisance alarms. However, they can be less sensitive to fast-flaming fires that initially generate lots of heat but limited plumes of smoke.

The smoke alarm sensor operates by aiming a light source into a sensing chamber. As smoke enters the chamber, light is reflected onto a light sensor, triggering the alarm.

With the contrasting benefits of each alarm, it’s clear to see why specification can be difficult. An optical alarm is better at identifying smouldering fires whereas ionisation smoke alarms out perform optical when monitoring fast flaming fires but are far more prone to nuisance alarms. 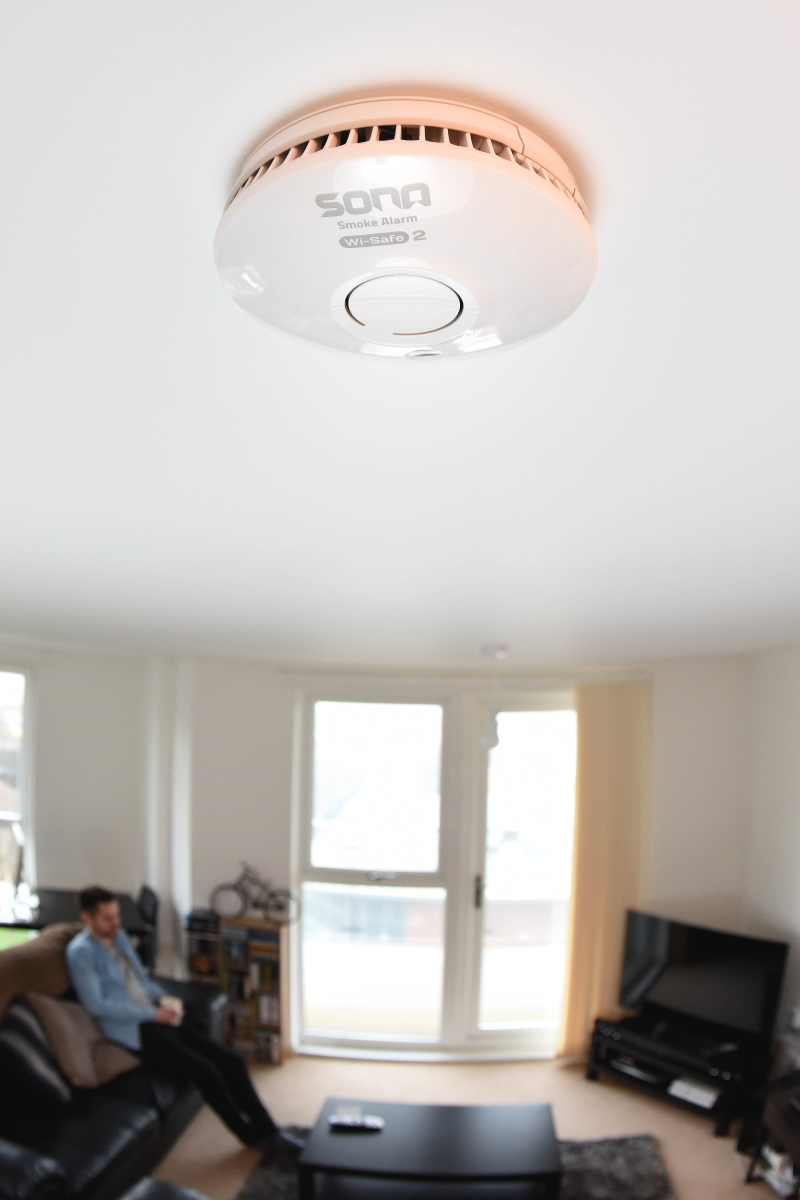 To combat this, more and more contractors and installers are moving towards the use of multi-sensing alarms, which combine optical sensing with thermal enhancement, also known as Thermoptek Multi-sensor, for detection of fast flaming and slow smouldering fires in a single alarm. The alarm constantly monitors for temperature change within the room and if a sudden rise of temperature is detected the sensitivity of the alarm is adjusted and provides a significantly faster reaction to both fire types.

Significantly, SONA is making this premium protection available at a new market-leading price point, with the launch of its concise range of smoke, heat and CO alarms. The streamlined range consists of just one Thermoptek Multi-sensor smoke alarm, one Thermistek heat alarm and a carbon monoxide alarm, all of which utilise the latest sensing technology as used by over 90% the UK Fire & Rescue Services.

The benefit of using a Thermoptek Multi-sensor smoke alarm not only offers specifiers and contractors the sensing benefits of both ionisation and optical alarm technology but also significantly reduces the potential of nuisance alarms. In addition, the alarm utilises a sealed for life battery back-up that is not constantly recharged via mains power, reducing householder energy consumption and doesn’t drain pre-paid meters. This also offers ultimate protection for void properties.

Smoke alarms can save lives, so it is vitally important that specification of the correct solution is kept simple. By utilising multi-sensing alarms, more risks can be monitored by a single unit, enhancing the fire protection of both the tenant and the property.