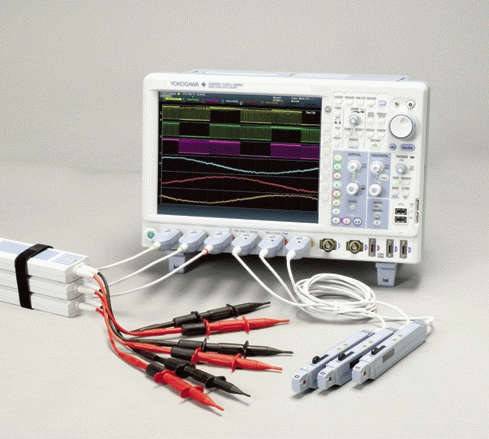 The new instrument is well suited to test and debugging applications in the embedded systems, power electronics, mechatronics and automotive sectors.

There are two models in the series, with bandwidths of 350 and 500MHz and a sampling rate of 1.25GS/s (gigasamples per second), expandable to 2.5GS/s with interleaving. The channels can be allocated as eight analogue channels or seven analogue channels plus one 8-bit digital input.

The new instruments feature long memory (up to 62.5M points per channel and 125M points in interleave mode), allowing both long recordings and multiple waveforms to be acquired.

The instruments incorporate a large (12.1”) high resolution XGA display, and yet are housed in a compact body which is less than 18cm deep and weighs just 6.5kg – similar to smaller 4-channel oscilloscopes. A complete product review can be seen online at www.connectingindustry.com/dlm4000.