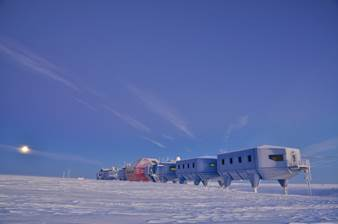 British Antarctic Survey (BAS) has recently installed a second Crestchic loadbank to safeguard critical data and the livelihood of scientists at two of its primary research stations, one of which is is credited for the discovery of the ozone hole in 1985.

Responsible for the UK’s national scientific activities in Antarctica, British Antarctic Survey is one of the world’s leading environmental research centres. Rothera and Halley are the two most significant stations at the two British research stations on the continent and the livelihood of the scientists and data back-up depends on the power of generators due to the lack of an electrical grid.

Initially the team at British Antarctic Survey approached Crestchic for a loadbank to test the power of the generators at the Halley VI station located on the Brunt Ice Shelf, Antarctica. Halley is responsible for research related to ozone depletion, polar atmospheric chemistry, sea-level rise and climate change and meteorology. The 1985 discovery of the ozone hole used data from Halley, making headlines around the world which spurred the international agreement on banning chlorofluorocarbons (CFCs).

Halley lies within the auroral zone which is ideally situated for ‘space weather’ research and British Antarctic Survey has led the development of an EU-funded ‘space weather forecasting system’, SPACECAST which is a valuable service for the satellite industry. British Antarctic Survey provides advice to Government on the impact of space weather, which led to the topic’s inclusion on the Cabinet Office National Risk Register of Civil Emergences (2012) at the same level as heat-waves and heavy snow.

In summer peak season (between December and February) personnel at Halley will reach around 70 and temperatures remain close to freezing, with an average of 16 people occupying the station through the winter months of April to October and temperatures dropping as low as -30º. Crestchic was able to provide a 200kW resistive-only loadbank to ensure that the generators did not lose power in this acute period as well as protecting the data received from balloons launched daily for continuous monitoring of the planet. 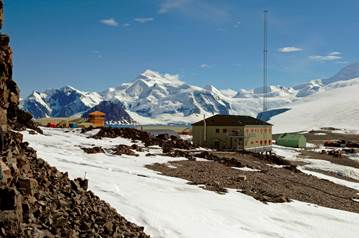 The loadbank was installed at the new Halley station, Halley VI, which was the result of an international design competition run in collaboration with the Royal Institute of British Architects (RIBA). The station can be raised to overcome snow accumulation and relocated when the current site gets too close to the edge of the ice shelf, and was fully completed last year.

Following the successful implementation at Halley VI, British Antarctic Survey went on to source a similar loadbank from Crestchic for Rothera station located at Rothera Point, Adelaide Island. This is the logistics centre for the Antarctic and home to biological laboratories and facilities for a wide range of research including glaciology, geology, geophysics and biology. Personnel at Rothera will peak at around 100 in summer and reduce to 22 people through winter.

Mark Wales, facilities manager at British Antarctic Survey said: “Crestchic was the ideal provider for us as it enabled us to design exactly what we wanted at the same time as remaining cost efficient. We were provided with such a good service and robust product in the first instance that we returned to Crestchic for our most recent installation at the Rothera station. You can’t survive here without resilient generators and we can’t afford to lose the power so the loadbanks are critical for our operation out in Antarctica.”

Paul Brickman of Crestchic said: “British Antarctic Survey is yet another organisation with whom we are proud to be associated as their work in Antarctica is fundamental to global development.”

Walk-in chambers designed to be E-fficient