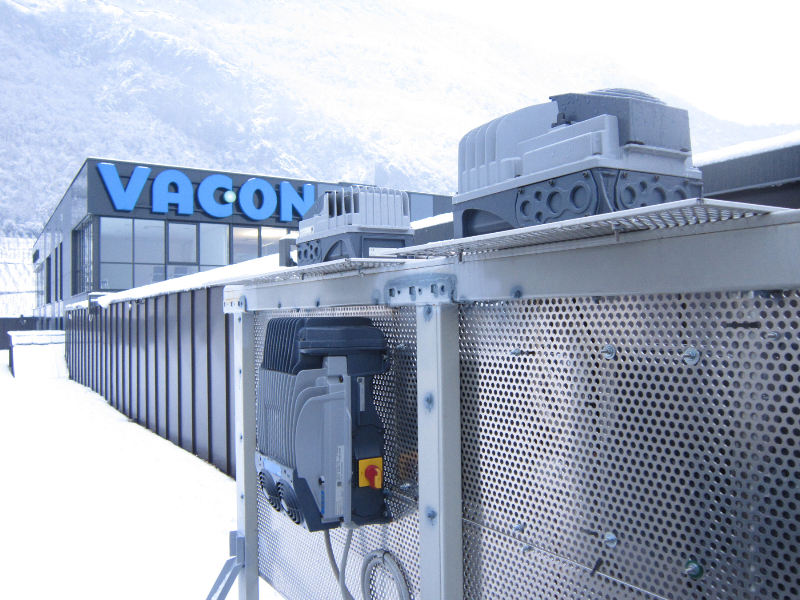 Improved efficiency, longer working life and reduced environmental impact are among the benefits available to users of VACON variable speed drives (VSDs) as a result of the company’s recent decision to use film capacitors in the DC link section of all its latest products. Film capacitors are much more reliable than the electrolytic capacitors that are traditionally used in this application and their adoption means that one of the most common sources of VSD problems is entirely eliminated.
“This is a big step forward in VSD technology,” said Stephen Takhar, managing director of VACON UK. “Electrolytic capacitors have always been the weakest link in the design of VSDs and manufacturers have long sought an alternative. Film capacitors provide this and using them is allowing us to produce VSDs that are smaller and even more dependable than their predecessors. Another big benefit is that, unlike electrolytic capacitors that necessarily incorporate a corrosive paste, film capacitors are environmentally friendly. This means the environmental impact of the VSDs that use them is much reduced, both at the manufacturing stage and at end of life.”
The film capacitors used in VACON drives have no significant inherent ageing processes and have a typical operating lifetime in excess of 100 years. If they should sustain minor damage they self-repair, and they are unaffected by elevated operating temperatures that would greatly reduce the life of electrolytic capacitors. Further benefits are that they are ready for immediate use after storage, without the need for complicated and often inconvenient reforming.
The internal losses of the film capacitors are up to 80% lower than those of electrolytic capacitors, which means reduced heat generation, higher VSD efficiency and lower cooling costs. Finally, the special handling imposed by the WEEE regulations for electrolytic capacitors is not necessary for film types, making their eventual disposal much easier and less costly.

Direction of Physical Infrastructure as we move into 2021

Industrial plan comment: Essential that British Industry gets its opportunity