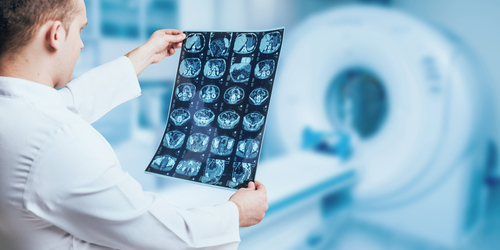 Magnetic resonance imaging (MRI) can provide an effective way of supporting the development of the next generation of high-performance rechargeable batteries, according to research led by the University of Birmingham.

The technique, which was developed to detect the movement and deposition of sodium metal ions within a sodium battery, will enable faster evaluation of new battery materials, and help to accelerate this type of battery’s route to market.

Sodium batteries are widely recognised as a promising candidate to replace lithium ion batteries, currently widely used in devices such as portable electronics and electric vehicles. Several of the materials required to produce lithium ion batteries are critical or strategic elements and, therefore, researchers are working to develop alternative and more sustainable technologies.

Although sodium appears to have many of the properties required to produce an efficient battery, there are challenges in optimising the performance. Key amongst these is understanding how the sodium behaves inside the battery as it goes through its charging and discharging cycle, enabling the points of failure and degradation mechanisms to be identified.

A team, led by Dr Melanie Britton in the University of Birmingham’s School of Chemistry, has developed a technique, with researchers from Nottingham University, that uses MRI scanning to monitor how the sodium performs in operando.

The research team also included scientists from the Energy materials group in the University of Birmingham’s School of Metallurgy and Materials, and from Imperial College London. Their results are published in Nature Communications.

This imaging technique will enable scientists to understand how the sodium behaves as it interacts with different anode and cathode materials. They will also be able to monitor the growth of dendrites – branch-like structures that can grow inside the battery over time and cause it to fail, or even catch fire.

“Because the battery is a sealed cell, when it goes wrong it can be hard to see what the fault is,” explains Dr Britton. “Taking the battery apart introduces internal changes that make it hard to see what the original flaw was or where it occurred. But using the MRI technique we’ve developed, we can actually see what’s going on inside the battery while it is operational, giving us unprecedented insights into how the sodium behaves.”

This technique gives us information into the change within the battery components during operation of a sodium ion battery, which are currently not available to us through other techniques. This will enable us to identify methods for detecting failure mechanisms as they happen, giving us insights into how to manufacture longer life and higher performing batteries.

The techniques used by the team were first designed in a collaboration with researchers at the Sir Peter Mansfield Imaging Centre at University of Nottingham which was funded by the Birmingham-Nottingham Strategic Collaboration Fund. This project aimed to develop MRI scanning of sodium isotopes as a medical imaging technique and the team were able to adapt these protocols for use in battery imaging. The development of novel materials and analytical characterisation is a primary focus of the Birmingham Centre for Energy Storage and Birmingham Centre for Critical Elements and Strategic Materials within the Birmingham Energy Institute.