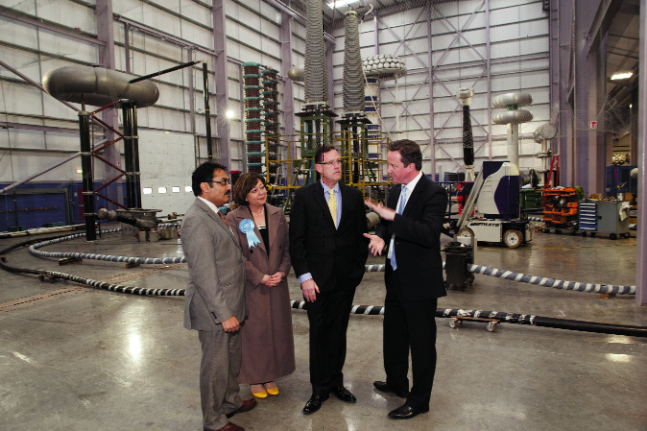 Following the opening ceremony the prime minister participated in a question and answer session with over 300 Prysmian staff. Questions were on a range of subjects, but the issue of regulating the import of cheap substandard cable was clearly close to the heart of the audience.

They will have been cheered by the response. “I see your problem with substandard cabling that does not do the job. I will investigate at a European level to see what can be done,” said Mr Cameron.

Throughout the half hour session, the prime minister also expressed his support for UK manufacturing, saying, “We need to make more things, sell more things. Companies like this, investing and growing, are key to our success.”

HellermannTyton help students get into gear for national competition

Form a queue for significant savings

Engineering is no longer a man’s world