Making the connection for road safety

Working as a member of the Metropolitan Police’s First Responder Team for traffic accidents in London often means seeing the horrific results of collisions. James Dawes spent fifteen years as an officer with the Met, the latter part as a Sergeant on a motorcycle helping to run a team of road policing unit officers. For him, among the worst incidents were those involving a cyclist and a heavy lorry, especially if the rider had been dragged under the rear wheels of the larger vehicle. The result was often a KSI incident, short for killed or seriously injured.

“There are two areas of lorries that are linked to KSI incidents,” says Dawes. “The first is the front cab, which has a natural blind spot on which drivers are taught to spend most of their observation during vehicle operation. The second, usually where more serious injuries occur, is between the wheels, in front of the rear axle.” 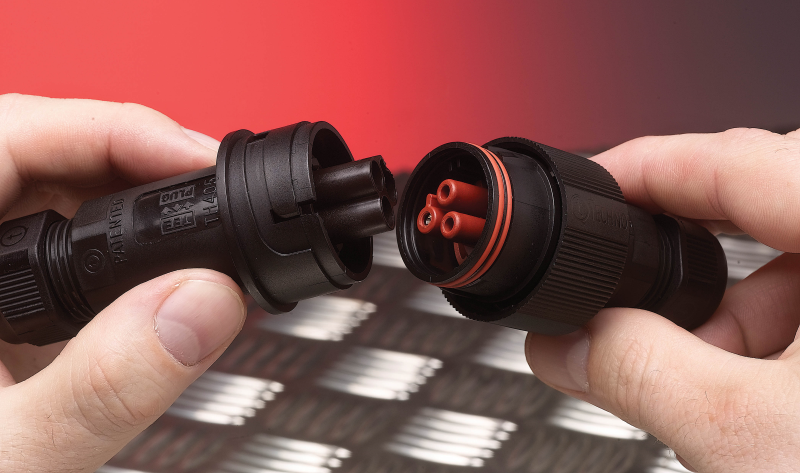 Then one day he had an idea, a way to stop a cyclist being dragged into that space. A safety ‘curtain’ across the gap that would stop cyclists going under, but could also retract to avoid damage when the vehicle had to go off road onto construction sites. A pneumatic system that allows the driver to inflate or deflate the curtain as required became the foundation of this innovative design.

To develop the project, James Dawes teamed up with engineer Jim Holden. Between them they created DawesGuard, a patented safety apparatus that is in constant contact with the road surface and prevents the wheels of the vehicle passing over any person on the ground regardless of when or how a collision happens. DawesGuard uses their patented fully-retractable Drop-Down Safety technology, so the driver can retract it using controls in the cab when the vehicle is used off-road.

During the development phase for DawesGuard, the harshness of the environment in which the device would operate presented a major hurdle in terms of ensuring product reliability. “We identified that it was going to be working in a very dirty environment with road spray and construction dust,” said Holden. “It needed to be high quality and very robust.”

One possible weak point James and Jim identified was where the cable that allows the driver to inflate the devices goes between the cab and the device, or specifically where this cable connects to the solenoid valves. Another critical area was extending the vehicle’s wiring loom into the new safety system. Again, ensuring reliability of operation was key, and in both cases they turned to a specialist manufacturer and supplier of electrical components, Hylec-APL. 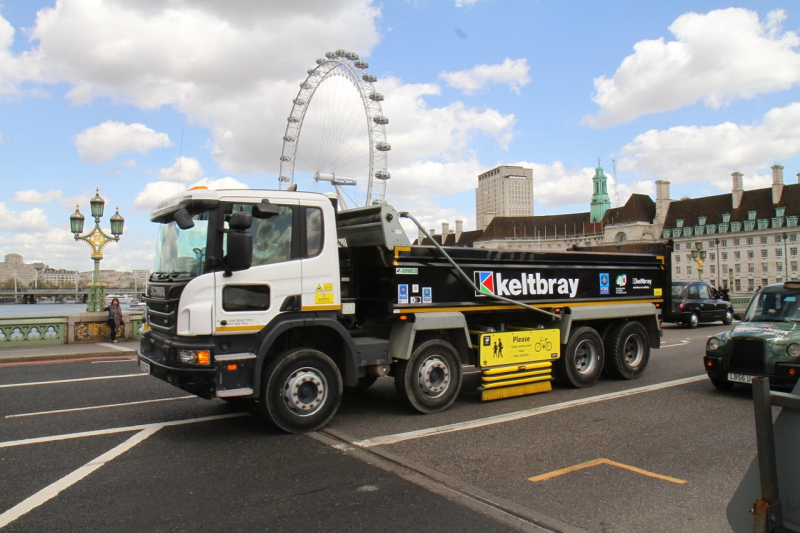 Dawes Highway Safety selected Hylec-APL TeeTube connectors because they provide a complete waterproof seal to IP68 at up to 5bar and are exceptionally hardwearing and robust. The electrical components used in the safety apparatus needed to be completely protected from fluid ingress, not just from standing water on the roadside but also from water jets during frequent heavy hosing downs.

“These connectors are waterproof and meet MoD specifications,” said Holden. “They can handle whatever we can throw at them. I have seen problems in connectors that mean they just can’t do this job. Others we looked at were either too large or not of a high enough standard.”

As well as meeting our requirements, selecting such high quality connectors sends a clear message about the company itself. “Our choice of these connectors shows we aim for the highest level of quality in our product. Our choice of the highest rated component on the market adds to our unique selling points and demonstrates that quality comes first and foremost on our products.”

The Hylec-APL TeeTube range includes straight-through, T splitter and Y splitter models for two and three cable entry in various sizes. There are also dual terminal versions for easy fitting and looping of conductors (2+2 and 3+3 pole). Standard TTK20 TeeTubes have a diameter of 26.5mm for cables between 5 and 13mm and suit 32A maximum current. For really tight spaces, there are Micro TeeTubes that are a mere 23mm in diameter, while larger cables between 8 and 17mm diameter can be accommodated in the slightly larger 32mm diameter TTK25 series. The connectors are reusable and do not require gel. A screw clamp termination removes the need for bespoke tooling. Their space saving design sees the terminal block with secure sealing form part of the external housing that can be screwed directly to the connector’s entry points; no secondary housing is required.

However, for the wiring loom, the Hylec connector chosen for the DawesGuard does use gel and moulds around the electric connection preventing condensation or dirt getting into the system.

A company called Dawes Highway Safety was formed in 2015 to market DawesGuard and the product is already in use on vehicles, especially in London. One customer is Dennis Eagle, a specialist manufacturer of refuse vehicles. “It met their requirements with flying colours,” said Dawes. It is now also being used on Scania R series tipper lorries operated by Keltbray. “They are one of London’s major construction companies,” said Dawes. “Since April, they have been operating a vehicle on a daily basis to complete a road trial and make sure the system meets the needs of industry and enhances road safety.” “It performed faultlessly,” said Dawes. The trial successfully completed in August this year, Keltbray has now started installing the system on the rest of its fleet and over  the next 18 months it will be put on all 40 of their vehicles around London.

And that will mean whoever is now doing Dawes’ old job at the Met will have to deal with fewer horrific accident scenes, good news for cyclists and lorry drivers not just in London, but eventually in most major cities. 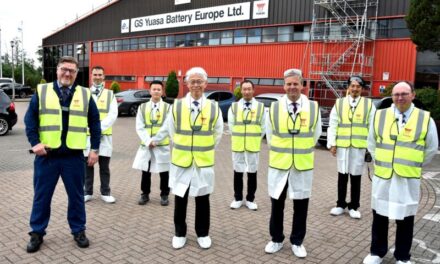 Register for The ACR Show TODAY!