Lighting control given a sporting chance 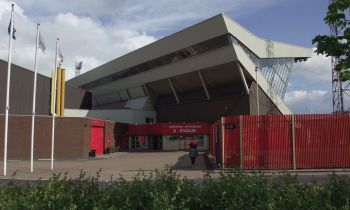 Jung KNX intelligent controls have helped Gateshead International Stadium achieve savings on the installation and future maintenance of the lighting on its practice pitches. The 11,800 capacity stadium is used for a range of sports including athletics, football, rugby league and American football.

When the third generation football pitches were added to the venue, some 300m from the main arena, they needed to be controlled from the building’s reception. Systems integrator, Durable Technologies, ran a single KNX bus underground from the reception and linked it to the 14 lighting pillars around the practice pitches using 2-core communications cable. A conventional, hard wired installation would have involved installing several kilometres of 230V controls cables.

A saving on cable

However, using the KNX system, not only was this cable eliminated from the installation but in addition, each column was sub-addressable allowing for groups of luminaires at the top of the column to be controlled individually. For example, if only a part of the pitch was in use then only the lights projectioning in the right direction need to be turned on.

A Jung touch screen has been installed at the reception, which acts as the main control station. This allows individual sets of lights to be controlled so that if only a small section of pitches were in use, fewer lights are used. Timers that ensure safe lighting is available when players leave, also switch lights off automatically at the end of the evening to avoid nuisance to neighbours.

Durable Technologies managing director, Alex Carter, said, “The use of timers and daylight sensors reduces the actual amount of time that lights are on, saving energy and helping to extend their working life which cuts maintenance and lamp replacement costs.” Gateshead Council engineer, Jimmy Lamb, added, “Each group of lights are programmed to strike up sequentially to give a staggered start-up, which avoids power inrush, making it safer and avoiding extra costs.”

As part of a redevelopment scheme to improve facilities for its players, staff and supporters at its Welford Road Stadium, Leicester Tigers, one of the most well known rugby union clubs in the country, is using a Jung KNX and DALI system to control the stadium’s lighting. 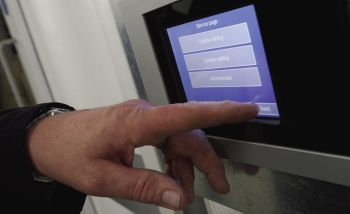 The first phase of the £60m redevelopment of Welford Road is the club’s new Caterpillar Stand which combines match day seating with conference and banqueting facilities. Flexibility, ease of management and energy efficiency were all high on the agenda when specifying the lighting control system, as Paul Murphy, from project integrators Forumtechnik, explained, “Stadiums not only need to perform well on match days, they also need to maximise their potential as revenue generators for the club on non-match days and run efficiently as business locations. As a result, the lighting control system needs to be flexible enough to adapt to the environment’s changing needs and have the potential to grow with the stadium as those needs change. By using the KNX open protocol, Leicester Tigers have future-proofed the lighting control system, ensuring that elements can be added and integrated simply and cost effectively in the future.”

In touch with control

At the heart of the KNX lighting control system installed in the Caterpillar Stand is a Jung Facility Pilot touch screen control panel that can be used to control any element of the lighting remotely via the reception area. From here, the end user can switch (exterior) or dim (interior) particular lights or set the lighting to pre-programmed ‘scenes’ which are designed to ensure that the lighting is used energy efficiently on an as-needed basis, reflecting the changing requirements of the stadium over the course of a week.

Barry Bilclough of Jung UK explained, “The lighting required Monday to Friday, if there is no match, is very different from what’s required for the cleaners or on match days. By having all these scenes pre-programmed into the touch screen unit, the club can ensure that the lights are always being used cost and energy efficiently but can still override individual lights if they so choose.”

Throughout the stand the lighting is controlled by a combination of these pre-programmed scenes, manual switching and movement detectors to ensure that the stadium’s practical needs are combined with its emphasis on energy efficiency.

The conference and banqueting facilities at the stadium are a significant revenue generator for the stadium and this area of the stand has also been designed with flexibility in mind. The space can be used as a single, large suite or it can be subdivided in a number of configurations into smaller rooms. The lighting control system has been designed so that the Jung Facility Pilot can be used to control all the lighting for the entire space or distinct areas in different combinations. Each separate area also has its own Jung FD switches to allow local control of the lights.

Bilclough added, “The KNX system specified at Welford Road can monitor both internal and external lighting levels and adjust the output of the fittings accordingly. And, with the preset scene modes centrally controlled to activate the lighting throughout the stadium to the most efficient levels during its various functions and daily maintenance cycles, energy consumption is dramatically reduced. In a sports stadium, no two days are ever the same and with a complex yet simple to operate lighting control system like this, the club can be ready for anything.”