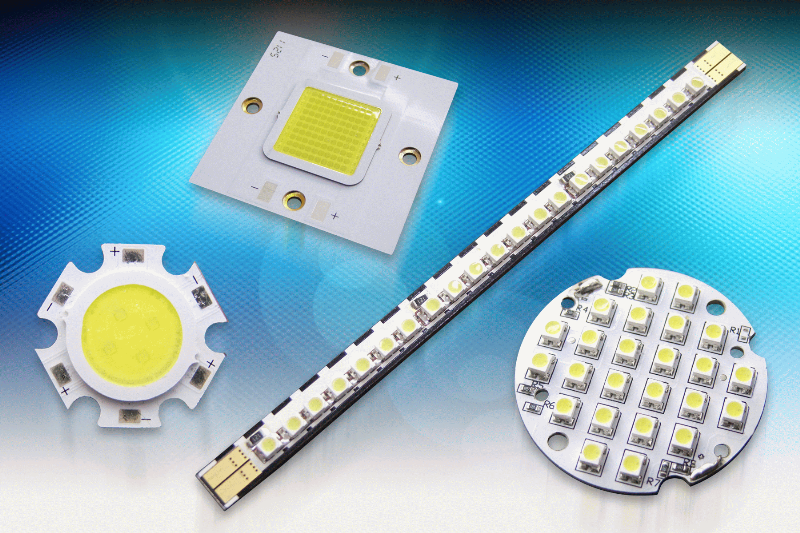 It is probably fair to say that LED technology for room (area) lighting has had somewhat of a challenging introduction. One-off demonstrations of this ‘new exciting’ lighting concept – which promises almost indefinite life, massive power savings and corresponding cost benefits – have been available since at least 2005, yet the widespread implementation of solid state lighting is still some way off. Why is this? One of the main reasons is that in order to reap the benefits of LED technology there are many factors to consider which are not immediately apparent to anyone who isn’t an LED expert.

The end result is that while you can now walk into a DIY store and buy LED lamps and luminaires, many of them are of a fairly crude design which are unlikely to live up to the technology’s potential. Consumers are often disappointed by the amount of light they produce and the rate at which defects emerge – and consequently horrified at the high price paid for them.

On the face of it, it appears to be a relatively straightforward task to replace an incandescent, halogen or fluorescent lamp with LEDs.  However, this is not the case. There are several issues to consider.

Firstly, there is no direct LED equivalent for standard wattage bulbs, and also the appearance of the light itself is different – traditional bulbs generally emit a yellow white, whereas white LEDs are often produced in a range of colours. Although LEDs when correctly-specified can come very close to matching the colours of filaments and tubes, a more blue white is often chosen as it tends to produce the most impressive efficiency figures. This is fine in certain applications but far from ideal in others, leading users to complain that the light from LEDs is cold and unfamiliar.

A second problem concerns the nature of the fittings themselves. Filament bulbs only emit light when the filament reaches a certain temperature; therefore the bulb shape was designed for this purpose. With LEDs – as in all semiconductor products – heat is a killer, so although there have been some very clever reverse-engineering solutions which have seen LEDs and associated semiconductor drive circuitry crammed into small bulb fixtures, thermal management challenges have often resulted in poor life and disappointing brightness levels.

Driver circuitry has been another issue: in an attempt to cut costs, far too many driver circuits have used bulky, electrolytic capacitors which can dry out and fail in warm environments, or due to the afore-mentioned thermal management problems.

Lastly, the optical performance of LEDS will vary considerably depending on how they are mounted, the steady-state temperature they reach, and how they are combined with lens/diffusion optics.

With close to 30 years of history designing and manufacturing LED components and systems from chip level upwards, OMC can justifiably claim to be a pioneer in solid-state lighting, having first demonstrated effective LED area/room lighting almost a decade ago, and t is testament to both the design capabilities of OMC’s engineers and the overall potential reliability of LED technology, that the original prototype devices remain in operation today. OMC’s website, www.omc-uk.com, presents a wealth of new LED lighting products and technologies including a wide range of filament and fluorescent replacements, luminaires, high power floodlights and interior luminaires that benefit from OMC’s considerable experience in applying LED technology.

However, the company has long been aware that for LEDs to become the preferred lighting solution across the board, the technology has to become simpler to use and easier to understand and apply. Thus OMC has applied its design experience to deliver a range of Light Engines designed to help customers ranging from lighting fixture/luminaire makers to house, caravan, and boat builders, cabinet and display makers, industrial machinery, vending machine and chiller manufacturers – and anyone else who wants a lighting solution that does exactly what they need – to benefit from solid state technology without having to learn all about driving and managing LEDs. This approach enables customers to concentrate on what they do best – creating and taking innovative and appealing products to market – using efficient, reliable and cost-effective LED assemblies that have a proven and demonstrable level of performance.

OMC’s SPECTRALUX® Light Engines are arrays of highly efficient, tightly-binned LED die material bonded to an aluminium or copper substrate with a phosphor coating. In these designs the total chip area has been increased substantially and distributed optimally across the substrate surface to reduce current density while achieving more light output for the same drive current, optimising heat-dissipation and vastly increasing life-expectancy. Either pre-encapsulated or post-encapsulated semiconductors are used depending on the optical design requirements of the light engine.

In OMC’s light engine designs, the semiconductors are driven well within their optimum design window, instead of being pushed to the limit as is the case with many other available high power LEDs, which have been designed to use minimal chip area to save on cost. In the OMC design, chip junction temperatures are kept low and statistical models suggest that exceptional life expectancies of 40 years – or more in some circumstances – may be expected.

OMC is also realistic when specifying devices so that designers can trust the efficiency figures provided. Thus typical conversion efficiencies are provided as Real World Efficiencies™ (RWEs) rather than some unachievable specification derived through characterising the components under ideal laboratory conditions that can never be achieved in an actual application. SPECTRALUX® light engines offer RWEs ranging up to 100lm/W. Devices are available in a range of package styles and device powers to suit different applications and sizes range from 20mm to 75mm across depending on power. Many more designs are in development.

For customers requiring a bespoke light engine design, OMC can customise arrays for size, power, colour and light output. For price-sensitive applications the chip area can also be reduced.

In addition, OMC also offers a cost-effective design service for customers attempting to update an existing product design to use solid-state lighting. If customers provide details of their target light output, power and colour characteristics and a sample of the intended housing/fitting, OMC will first perform a thermal analysis of the housing in its laboratory to determine the thermal constraints. Once these are known, OMC can design a Light Engine aimed at achieving the customer’s desired performance. OMC’s approach here is in stark contrast to the common method of selecting the LED based on initially-appealing-looking data then mounting it into the fitting and hoping it runs at a sensible temperature and gives out enough light…an approach which often leads to disappointment.

Everything you need to know about industrial climate control