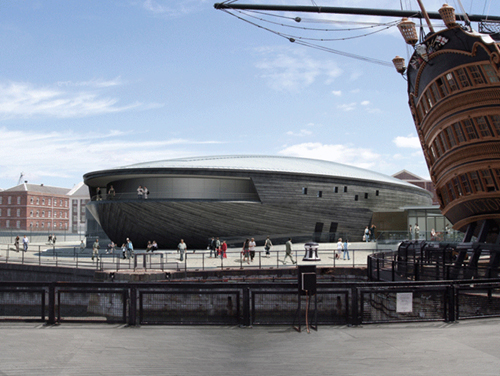 Kentec fire control panels are at the heart of a fire system that’s designed to protect the £27m new Mary Rose Museum in Portsmouth’s Historic Dockyard where King Henry VIII’s flagship will be housed.

The Mary Rose, built in 1509, sank in 1545 in the Solent near Portsmouth during a battle with the French fleet. When the ship capsised, its starboard side became embedded in clay below the soft sediment of the seabed, enabling it to survive intact.

Discovered in 1971 and raised in 1982, the ship has been sprayed for the last 18 years with a chemical to preserve its fragile timbers. This spray has been switched off for the duration of the museum fit-out phase, allowing the ship to be air-dried in a highly controlled, airtight environment within a hot box that’s enclosed by the museum’s new external envelope. In this new museum its hull will be displayed behind glass windows, where visitors will be able to view the historic hull when the museum opens to the public on 31st May.

As part of the fire safety strategy, horizontal evacuation has been provided by open stairs, to allow simultaneous evacuation of the whole museum. An L1 automatic fire detection designed around a Kentec 4-loop Addressable Fire Detection System is fitted throughout with the main structural frame having a 60 minute fire resistance.

Gent Provides Answers to the Protocol Debate with New CPD