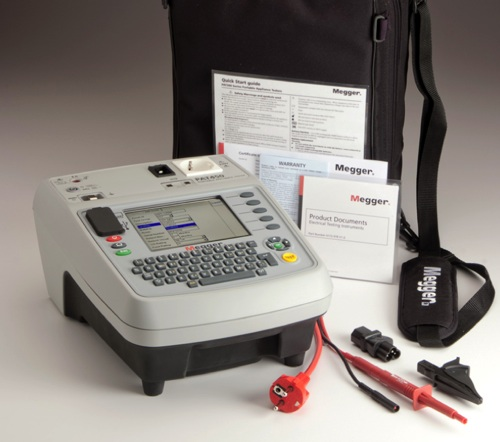 Megger’s Simon Wood claims that although it would be easy to see the new IET Code of Practice for In-Service Inspection and Testing of Electrical Equipment as bad news for those who provide PAT testing services, it isn’t necessarily so.

A new edition of the IET Code of Practice for In-Service Inspection and Testing of Electrical Equipment or, as it’s more commonly known PAT testing, has recently been published. One of the main objectives in producing this new edition is to cut down on over compliance – that is, wasting time and money by testing assets more often than is necessary.

Although the earlier editions of the Code of Practice have always called for testing frequency to be based on risk assessment, this requirement has been widely ignored, and most businesses have been content simply to have assets tested annually. The new edition emphasises that this simplistic approach is wrong. Risk assessments will show that some assets need to be tested more often than annually and others less often.

The big worry among providers of PAT testing services is that most assets will fall into the second group and the demand for PAT testing will, therefore, decrease significantly. This is almost certainly true, but it’s not the whole story. In particular, the new edition of the Code of Practice makes it clear that a risk assessment must be carried out for each and every asset in order to properly determine the re-test frequency. That’s a lot of work for duty holders and it seems likely that many will need help.

It’s important to make it clear that no one can take over the legal responsibilities and liabilities of duty holders, so it’s not simply a case of the PAT testing service provider going into a company and saying, “I’ll take care of all your appliance testing for you, so you never need think about it again.” What service providers can do, however, is to support and assist the duty holders in carrying out the necessary risk assessments.

This will typically involve asking them the right questions. Only the duty holder is likely to have full knowledge of the factors that affect the equipment in their care, and that will have a bearing on the required re-test frequencies. However, PAT testing service providers can guide duty holders by alerting them to the types of factors that should be considered, and help to evaluate the significance of these factors.

In other words, assisting with risk assessments is a new business opportunity and it’s one that, properly handled, should go a long way toward offsetting any loss of income that results from reduced re-test frequencies.

And there’s another opportunity for PAT testing service providers, which, although it’s not new, is very important. There are still huge numbers of businesses and organisations in the UK that need PAT testing, but either don’t know it or choose to ignore their responsibilities. In other words, the PAT testing market is by no means saturated and go-get service providers will be looking to grow their businesses by searching out these PAT test virgins.

It’s undeniably true that the new Code of Practice will mean changes for providers of PAT testing services but, as we’ve seen, those changes include opportunities as well as challenges. The right response therefore has to be, as it so often is, don’t panic – keep calm and carry on.