Sustainable power systems, artificial intelligence, nanotechnology -electrical engineers are at the forefront of emerging technology.  But not only that.  They impact our daily lives in ways we rarely notice. From power grids to traffic lights and mobile phones, electrical engineers have a hand in those.  Indeed, what would the world be without them?  With that said, here are other ways electrical engineering has contributed to our society. 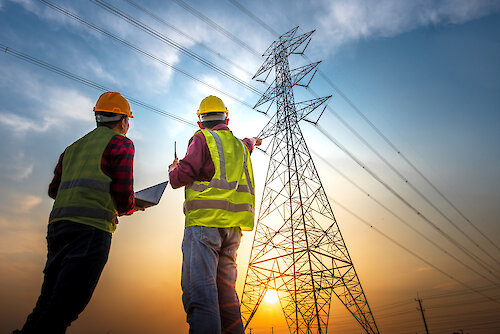 From ancient Egyptians to Arabic naturalists to Benjamin Franklin, electricity had long fascinated humans even before they understood the phenomenon.

In 1831, Michael Faraday built the electric dynamo, a rudimentary electrical generator that produced a stable electric current and made electricity viable for use.  However, it was not until 1864 that electrical engineering became a discipline when Scottish physicist James Clerk Maxwell summed up the fundamental laws of electricity in mathematical form.  As for who the first electrical engineer was, the answer remains a mystery.  But scientist and inventor Francis Ronalds, who created the first electric telegraph in 1816, is a strong contender.

Then came the invention of the light bulb in 1878, followed by the world’s first public electric supply built by Thomas Edison in 1882.  And the rest, as they say, is history.

Electrical engineers are essential to the construction industry. Although their primary duty is to design electrical systems, such as wiring, lighting, and generators, they also oversee and manage the electrical aspect of the construction by directing activities, guiding workers, and providing professional advice.

If ever an electrical problem arises, electrical engineers are responsible for resolving the issue quickly and safely and with minimal expense. A practicable resolution helps avoid disruption and delay in construction.

Lastly, electrical engineers conduct tests on the electrical systems they designed to ensure that they are efficient and comply with local and national safety codes.

Over the years, electrical engineers have designed concepts that help the medical practice advance.  We witness the invention of the implanted pacemaker in 1950, followed by the advancement of various transplants in the 1980s, then the enhancement of chemotherapy treatments in the 90s.

Electrical engineers contributed to the creation of prostheses and artificial limbs and the modernization of many diagnostic tools and surgery.  They are also involved in ongoing research on artificial hearts, nanorobotic devices, and brain implants to repair cognitive function.

We are getting more connected each day as technology works its way into various aspects of our lives in the form of smart cars, smartphones, smart appliances. The Internet of Things is a revolutionary development that links machines, data, processes, and people, enabling us to perform tasks conveniently and smartly. Think of wearable fitness trackers like Fitbit and voice assistants like Alexa and Siri.

How do electrical engineers figure in the Internet of Things?  Simple. They help devise and develop codes and programs that allow smart devices to communicate with each other clearly, quickly, and accurately. Beyond innovating and designing, electrical engineers also ensure the system continues to run smoothly in manufacture. With the current developments in robotics and control systems there has been a boom in engineers keeping electrical engineering and controls and automation recruitment agencies, such as Samuel Frank Associates, very busy. They do this by performing a series of tests, then making product enhancements when necessary.